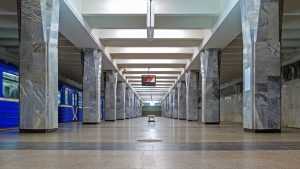 Mosproekt-3 Group has been awarded a contract to extend the Avtozavodskaya line of Nizhny Novgorod metro, from the Gorkovskaya station to the Sennaya station.

The project covers the construction of a 3 km line extension and two stations crossing a dense urban areas and the company will work to minimise the impact on the surface transport. “Our specialists will offer detailed technological solutions after the design and survey study,” Anna Merkulova, the General Director of the Mosproekt-3 said.

The two new metro stations will be designed as transfer stations and will be constructed at Opera Theater and Freedom Square.

The line will cross from the historic centre to the mountainous part of the city (Upper City) an area situated hilly eastern bank of the Oka which includes three of the eight city districts.

Mosproekt-3 has become the first contractor to implement the metro project under the infrastructure development programme launched by the federal government and supported by the President of Russia.

The funding of the project is provided from the development programme as the Nizhny Novgorod region was among the first to submit a proposal for participation in the mechanism of infrastructure budget loans, and the extension of the metro is a necessary component for the further development of the city,” the Governor of the Nizhny Novgorod Region Gleb Nikitin said.

The metro extension will improve the transport accessibility and capacity and will reduce road traffic in the city and its centre areas.

Avtozavodskaya Line (M1) is 15.1 km long with 11 stations and it crosses the city on a northwest-southeast axis.

Nizhny Novgorod metro system comprises two lines with a total length of 21.6 km and 15 stations, 14 of which are underground. They connect the city rail system at Moskovskaya interchange station providing fast change between the two lines. The hub also provides passengers rapid transfer to the city’s main train station.