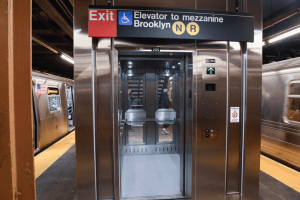 The MTA Construction & Development will present to the MTA Board for approval the plans for historic improvements to further passenger accessibility at 26 New York City Transit stations. This new round of investments is part of the authority’s ongoing commitment to accessibility. If approved, the plans include making 19 stations newly accessible and the rehabilitation of existing elevators at seven stations.

The MTA is using its new modernised approach to delivering capital projects deploying every innovative tool at the MTA’s disposal in creative ways to achieve ADA improvements dedicating over USD 5 billion throughout 2020-2024 in capital spending to complete these projects. In 2020, MTA issued RFQ for the implementation of ADA projects for stations situated on five districts.

MTA Construction & Development will be seeking board approval for a private public partnership to deliver 13 station projects, including making 8 stations newly accessible and rehabilitating existing elevators at 5 stations through the rapid station accessibility upgrade programme. MTA will engage with a private partner who will be responsible for passenger accessibility projects at a quicker timeframe and lower cost, including a contractual obligation to maintain the elevators for 15 years. Under this agreement, failure to do so would result in the private entity not receiving compensation.

The MTA board will be requested to adopt a resolution to use a competitive Request for Proposal (RFP) to procure a PPP agreement for the design, construction, financing and maintenance of elevators and other ADA improvements at selected New York City Transit metro stations in the 2020-2024 Capital Plan. These projects include accessibility upgrades including new elevators at 8 stations and the replacement of existing elevators at five stations including the Penn Station.

Additionally, the proposed ADA bundle of projects will include implementation of the design-build-finance-maintain method in which a private entity will be selected through a PPP to be held responsible for the initial construction of the ADA improvements and elevator upgrades and will maintain ongoing maintenance for a period of 15 years, with two five-year options. The proposal would include a payment plan in which the P3 partner would receive a combination of progress and milestone payments during construction, completion payments following substantial competition and availability payments through the term to cover the remaining capital costs and ongoing maintenance.

Contracts to be awarded

MTA Construction & Development will also request board approval to award a public works contract for the design and construction of accessibility upgrades at 8 New York City Transit stations including new elevators at 6 stations and replacement of existing elevators at two stations to Corp./TC Electric JV in the amount of USD 242.4 million and a duration of 1,068 calendar days. The contract will include the installation of 11 new elevators that will provide full accessibility at six elevated, open cut and below ground metro stations. This contract also includes the replacement of existing elevators at two stations on the Jamaica Line.

In December, the first project under the recently passed Zoning for Accessibility initiative was also approved. This project, a partnership with the developer Sedesco, will bring two new elevators to the 57 St station (on IND Sixth Avenue metro Line), making it fully accessible. Sedesco will also reimburse the MTA for the cost of maintaining the two new elevators. Work is expected to begin in 2022.

There are 13 new accessible stations currently in construction. Of these, four are forecasted for completion in 2022 and nine in 2023.