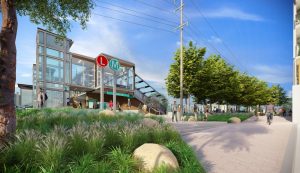 Dulwich Hill, Campsie and Punchbowl are the three stations which will be upgraded to metro transport standards. The upgrades will be delivered in addition to the recently awarded AUD 98 million (USD 77.2 million) contract to upgrade Wiley Park, Hurlstone Park and Belmore stations to metro rail standards.

Under the contract Downer will perform upgrade and re-level works of existing platforms to provide level access to the metro trains, a new covered aerial footbridge with lifts and stairs at Dulwich Hill station connecting Bedford Crescent and Ewart Lane to the existing platform will be constructed. A new plaza to the southern side of Dulwich Hill station, new lifts at Punchbowl stations connecting the existing concourses to platform level are other works which will also be executed.

The stations will also be prepared for the installation of platform screen doors. The glass safety barriers keep people and objects like prams away from the tracks and are being used for the first time on Sydney Metro.

Metro services on the upgraded Bankstown Line will start in 2024, when customers will have a train every four minutes in each direction in the peak. Currently, some stations like Wiley Park and Canterbury only have four trains an hour.

The Bankstown Line upgrade is part of city’s Southwest metro project to convert the line to metro standards with all stations to be fully accessible with lifts and level access between platforms and trains.  Recently, Sydney Metro signed a contract with John Holland and Laing O’Rourke Australia Construction for Bankstown Line upgrade works.