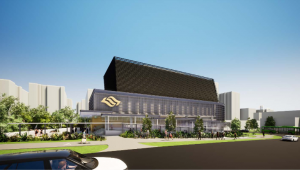 Singapore’s Land Transport Authority (LTA) awarded the joint venture of Woh Hup and Dongah Geological Engineering Co. the civil contract for the design and construction of CRL1 Loyang station and tunnels for the first phase of the Cross Island Line (CRL1), well as a section of a vehicular viaduct above the new station.

The construction works for the Loyang station are expected to start in the fourth quarter of this year, with passenger service expected to commence in 2030.

The Loyang station is an underground station located along the Loyang Avenue, where there are many utilities under the road. Multiple traffic diversions would be required to realign the utilities, so as to facilitate the construction of the station. In addition, the Earth Retaining and Stabilising Structure (ERSS) and deep excavation works for the Loyang station will be carried out under challenging ground conditions, as the rock is typically weaker at the transition point between the mainly soft Old Alluvium (predominantly soil-like material) and hard Bukit Timah Granite. This requires the use of specially designed machinery to carry out the excavation works safely. 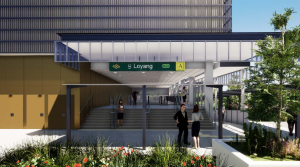 As part of the Changi Northern Corridor transport infrastructure improvements, this contract will also include the construction of a stretch of the Loyang viaduct located directly above the CRL1 Loyang station. The full vehicular viaduct will be situated along Loyang Avenue between Tampines Expressway and Loyang Way. Vertical noise barriers will be installed on the viaduct to mitigate the impact of traffic noise on residences nearby. Upon completion, residents and motorists in Changi can look forward to increased convenience, shorter travelling times, and improved intra-town and inter-town connectivity.

CRL1 is 29 km long and comprises 12 stations from Aviation Park to Bright Hill. With CRL1, common recreational spaces such as Changi Beach Park and Bishan-Ang Mo Kio Park will be more accessible by public transport. Studies on the details of subsequent CRL phases are ongoing.

The CRL is Singapore’s eighth MRT line and will serve the existing and future developments in the eastern, north-eastern and western corridors, linking major hubs such as Jurong Lake District, Punggol Digital District and Changi region.

The CRL will have almost half of its stations as interchanges with other rail lines, making it easier and more convenient for commuters to travel across the rail network.