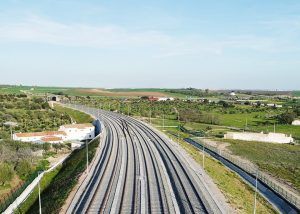 Infraestrutura de Portugal plans to build a new Porto-Lisbon high speed rail which is a priority project highlighted in the EUR 43 billion national investment strategy for 2030 of which 51% covers the funding for transport and mobility projects with a 25% share being delivered for railway projects.

The new high-speed rail project worth EUR 4.5 billion covered by the public investments and includes the construction of a 336 km double track line within three phases which in total will cross through five stations including one (Gaia) which is under investigation. The first one includes the construction of a new line between Porto Campanhã station and Soure (130 km south from Porto) crossing Gaia, Aveiro and Coimbra. The section is expected to be completed in 2026-2028 allowing a reduced travel time from Porto to Lisbon to 1 hour and 57 minutes.

Under the second phase of the new line, the Sure – Carregado rail section and a station in Leiria will be constructed and is expected to be implemented between 2028 and 2030.

The third phase covers the construction of Carregado – Lisbon (Oriente station) section without any stop. There is no specification on the section’s length, but 30 km is the road distance between the two cities.  The section is expected to be completed after 2030.

For the project, Comboios de Portugal would launch a tender for the procurement of high-speed trains to operate the new connection. The operator is currently in the process to acquire 117 trains for regional and suburban services.

According to the project details, the new line will allow trains to run at speeds of up to 300 km/h and will provide a direct connection between the two main cities within 1 hour and 15 minutes, from currently 2 hours and 50 minutes.

The Porto-Lisbon high speed rail will become the backbone of Portugal’s rail network and will significantly reduce the travel time and will increase the quality of long-distance services while relieving the rail traffic on the North Line (Linha do Norte) where trains are currently running at 160 km/h. The new project will also boost transport capacity for suburban and freight rail traffic.