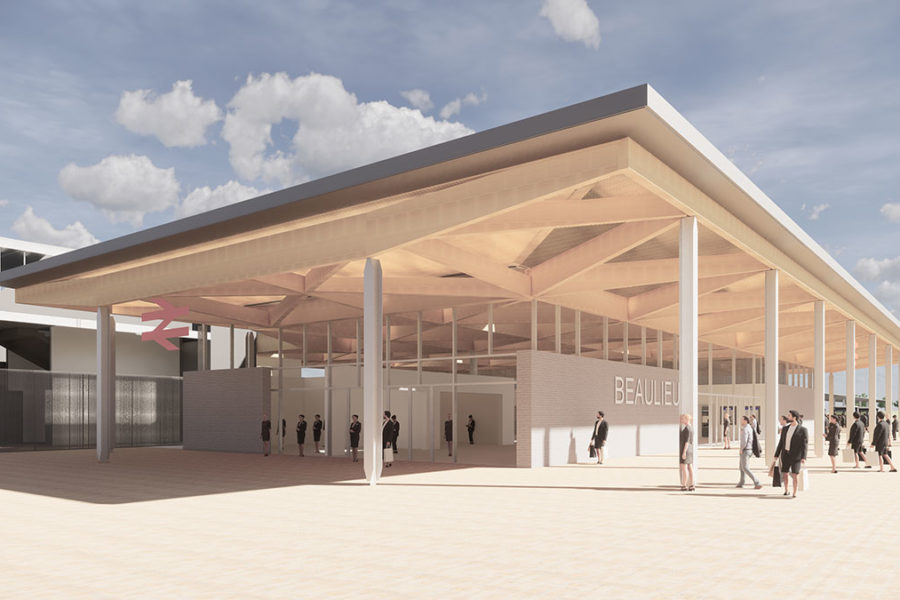 Network Rail has awarded J Murphy & Sons Ltd the first of two contracts for the construction of Beaulieu Park station in Chelmsford on the Great Eastern Mainline (GEML).

The GBP 37.8 million (EUR 42.87 million) contract includes work to begin construction and enabling work for the new station on behalf of partners Essex County Council and Chelmsford City Council. This phase of the work includes set up of site welfare, earthworks, civils, modifications to track and signalling systems to facilitate the main construction phase of the new facility.

Main construction for the new station facility will be part of a second contract expected to be awarded in the coming months to complete the station and open it to train services for the benefit of passengers.

As part of a wider regeneration scheme, the new station has been designed to support the wider economic development of the Chelmsford’s Beaulieu area and its construction will include three platforms with a central loop line and new tracks to enable stopping services to call at the station while allowing fast trains to pass through unimpeded. The station will have step free access to all platforms via 2 lifts, accessible toilets, baby change facilities, waiting area and space for retail/catering and ticketing facilities, with ticket vending machines and a gate line.

Pedestrian and cycle access routes to the station, 500 spaces for cycle parking and storage and a bus interchange including bus stands for local services will be built.

J Murphy & Sons Ltd have already been working on the project by finalising the design for Beaulieu Park station and have begun to establish the site compound to undertake the early enabling works.

The main construction phase will start later this year and the new station is currently expected to be completed and open by the end of 2025. Once open, the station will be managed by Greater Anglia and served by its fleet of new trains with services into London.