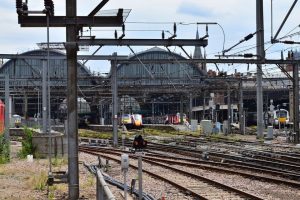 Network Rail selected Siemens and Atkins to introduce ETCS Level 2 on the southern section of the East Coast Main Line.

The partners will play a critical role in delivering the East Coast Digital Programme (ECDP). The deployment of ETCS is part of the £350 million (EUR 384 million) first phase of ECDP.  In 2018, Network Rail has launched the procurement process to find a private partner for the implementation of the project.

Siemens was confirmed as the programme’s train control partner (TCP) with a framework contract of £900 million (EUR 987.8 million). The TCP will play a central role in deploying and sustaining a high-performance train control infrastructure based on the ETCS, and incorporating design, build and maintenance of the system together with associated infrastructure. The role includes the technical integration of an end-to-end system, including other existing or proposed systems. The contract covers more than the ECDP.

Siemens was also named as the traffic management partner (TMP), with framework contracts totaling £180 million (EUR 197.6 million). The TMP has a wider remit than just East Coast Digital Programme deployment, working in both the Eastern and North West and Central regions, developing traffic management for the TransPennine route as well as the East Coast Main Line.

Atkins was selected as the rail systems integrator with contracts valuated at £55 million (EUR 60.3 million). Atkins will be responsible for managing the integration activities and establishing a collaborative relationship with the route, its technology partners (TCP and TMP) and stakeholders including government, passengers, freight operators and train owners. They will also provide governance and assurance to the programme.