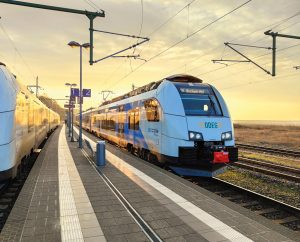 The first tender covers the procurement of 50 battery electric multiple units (BEMUs) with a capacity of 180 seats. They are expected to be delivered in tranches until December 2026.

28 April 221 is the deadline for bids submission. The supply contract is expected to be completed within 60 months and also includes the provision of special maintenance and warranty services with regard to the batteries as well as and special equipment features. In addition, the winner(s) are responsible for the approval of the trains.

The total number of the trains to be ordered will depend on Netinera’s future operating contracts for regional rail services.

The contract for train procurement will not be funded by the European funds.

At least EUR 250 million mut be the applicant’s turnover in the last three completed financial years for EMU and BEMU supply for regional rail passenger transport in the European Union, the European Economic Area and Switzerland.

The transaction was finalised through the acquisition of 49 per cent of the share capital from Cube Transport Sarl, an investment fund under Luxembourg law and specialized in infrastructure and public services, for a value of EUR 117.83 million. The European Commission provided clearance for the acquisition in December 2020. Its rail portfolio comprises 10 subsidiaries such as Alex, Enno, Erixx, Die Länderbahn, Metronom, OberpfalzBahn, ODEG, VogtlandBahn and WaldBahn.