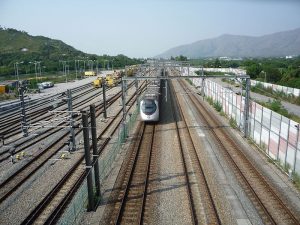 The Government of Hong Kong provided MTR Corporation the approval to proceed with the detailed planning and design of the Tuen Mun South extension project. MTR will immediately proceed with the procurement of the design, with construction expected to be launched in 2023.

The project consists of the construction of a 2.4 km line as an extension of the West Rail Line, which will in the future become the Tuen Ma Line.

The extension project will bring residents of Tuen Mun South area new transport connections by “enhancing the transport network of the West Rail Line and will provide a convenient interchange with the local light rail. Upon completion, residents in the area will have a rail option for commuting to Tuen Mun Town Centre and even the urban area,” said   Jacob Kam, Chief Executive Officer of MTR Corporation.

The Tuen Mun South extension project was proposed under the 2014 Railway Development Strategy. In 2016, the Hong Kong government invited the MTR Corporation to submit a proposal for the project. The Transport and Housing Bureau, the Highways Department and relevant bureaux and departments have evaluated the proposal and requested the MTRCL to provide additional information and supplement details.