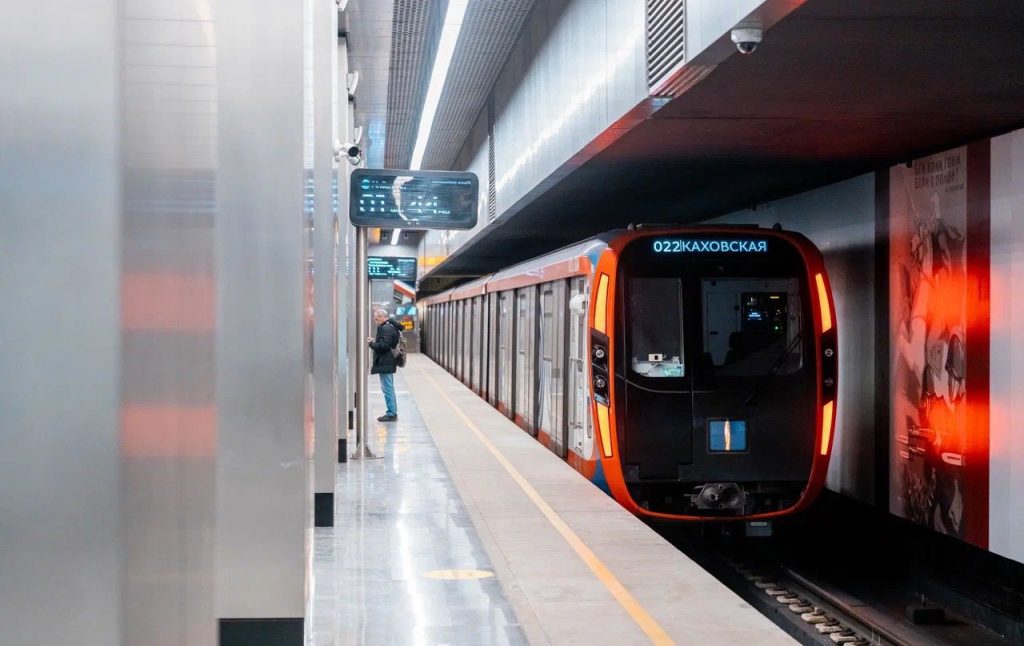 Moscow Metro is expecting to receive 300 additional Moskva-2020 cars to enter operation on the Big Circle Line (BCL). In December 2022, the company has received 48 new modern cars which will allow to maintain convenient traffic headways for passengers on the line. The new train is more comfortable and capacious for passengers with lower noise level, as they are 15% quieter. The doors are 15% wider than in Moskva cars and 28% wider than in Rusich cars. In April 2022, the city received its 100th Moskva-2020 metro train.

In addition, there are route displays on the outside of the train and each seat has a slot for devices charging. There are 368 USB slots in the eight-car train. Two air conditioners maintain a convenient temperature and disinfect the air in the car.

“Over 48 more modern Russian Moskva-2020 cars were received for the Big Circle Line in December last year. The new BCL depots, where these trains will be serviced, will create about 1,900 new jobs for the city. Also, trains waiting time at the BCL stations will be traditionally convenient already from the entire line opening,” Maksim Liksutov, the Deputy Mayor of Moscow for Transport said.

Earlier, the Moscow Metro carried out a technical launch of the north-eastern section of the Big Circle Line. A Moskva-2020 train ran in test mode from Savyolovskaya to Elektrozavodskaya station.

The innovative Moskva-2020 train is the most modern Moscow Metro train model, surpassing its foreign analogues in many characteristics. The new train Moskva-2020 won the Red Dot Award: Product Design 2021 for the best design. The international jury unanimously gave it the highest rating in the Trains and Planes category.

The BCL will be the largest metro circle line in the world and one of the most popular lines in the Moscow Metro. Its length will be 70 km and it will have 31 stations. It will have 47 interchanges to the other metro lines, the Moscow Central Diameters (MCD), railway stations and the Moscow Central Circle (MCC). The line will improve the transport service for the 34 city districts with the population of 3.3 million people, including 1.2 million people living within walking distance of the new stations. The train fleet on the BCL will include 100% innovative Russian trains. This year, the final 9 BCL stations will be opened to passengers.