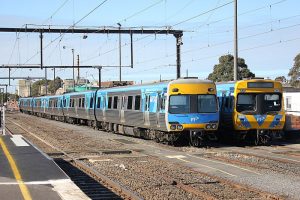 A Comeng test train fitted with upgraded communications equipment is carrying passengers on Melbourne’s network, before a progressive roll-out to 29 trains over the next 12 months.

The upgrades include a range of features such as real-time high definition information, colour passenger information displays with dynamic route maps and clearer destination screens on the outside of trains.

High definition CCTV cameras with better clarity and a wider field of view to keep passengers safe and to support metro and Victoria Police investigations will also be installed.

The project are part of the third stage of the Victoria Government’s AUD 75 million (USD 51.5 million) investment to modernise the Comeng train fleet, which first entered service in 1982.

Stage three of the upgrades also include upgrades to the air compression system powering the brakes, doors, pantographs and traction systems.

The current Comeng life extension project began in 2017, with stages one and two now complete.

“We’ve invested a record amount into new rolling stock and we’re modernising our current fleet to give passengers a better ride. By upgrading critical systems, passengers will have clearer, simpler information and more reliable services so they can get home sooner,” said the Minister for Public Transport, Melissa Horne.

Comeng trains were manufactured by Commonwealth Engineering in Dandenong and were first refurbished in 2000 by Alstom Ballarat and Downer EDI in Melbourne.