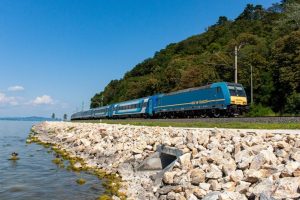 MAV-Start has announced a tender for the procurement of 22 second-hand sleeping and couchette cars for overnight international transport services. The bids should be submitted until July 20.

Each sleeping car must have two wheelchair spaces per sleeping coach. They should be able to run at speeds of 200 km/h on the standard gauge network. They should also be suitable for the international traffic and meet the requirements of a multi-voltage power supply system (1000V 16.7Hz / 1500V 50Hz). The operator says that it is important that the cars must come with the required parts for maintenance.

The second-hand cars must be equipped with heating and air-conditioning systems providing passengers increased comfort.

The purchased vehicles will gradually replace the currently used sleeping cars operated by MAV which will increase the capacity of the existing overnight transport services. The future passenger cars will complement the existing overnight car fleet which currently comprises 33 sleeping and couchette cars which have a limited use in the international traffic. In the past, the operator planned to procure second-hand sleeping and couchette cars but now due to the market situation, this is ‘an accelerated procedure’ which should meet the transport demand.

The acquired second-hand cars are expected to enter operation on the railway networks of the V4 countries – Czech Republic, Hungary, Poland and Slovakia, as well as in the Western European countries and the ones at the Adriatic Sea. Starting 2021, they will also provide transport services from Hungary to Transylvania, a central region in Romania.

According to MAV plans, the first batch of at least 15 cars should be delivered by December 2020 and are expected to enter operation at the beginning of the winter schedule.

The procurement is funded by the company from its own resources.

MAV is currently renewing its rolling stock. This year, the operator has launched a tender for the procurement of 115 electric locomotives for international and long-distance services and it has ordered 4 bidirectional tram-trains from Stadler.