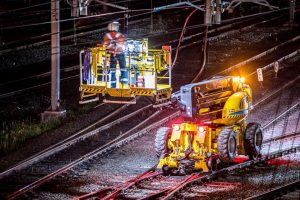 Major construction works on the Parramatta light rail project were launched on 31 January, which will transform the transport system in Greater Parramatta region, connecting popular key destinations across the region, while also linking into Sydney’s greater public transport networks.

Under the first phase, 12 km of new LRT and 16 stops will be constructed to connect Westmead to Carlingford via the Parramatta CBD and Camellia. The LRT is expected to be opened in 2023. The LRT will replace the train line between Camellia and Carlingford, which will provide more frequent services and better connections to town centres, including Parramatta and Sydney CBD.

Some works have already begun with the decommissioning of the closed T6 Carlingford Line, in preparation for its conversion to light rail.

In 2017, the authorities have unveiled the plans for the second phase. In 2018, the NSW government announced it will investigate an alternate route along Waratah Street in Melrose Park. Currently, a final business case for the second stage of Parramatta LRT is being considered by the NSW Government, followed by an investment decision.