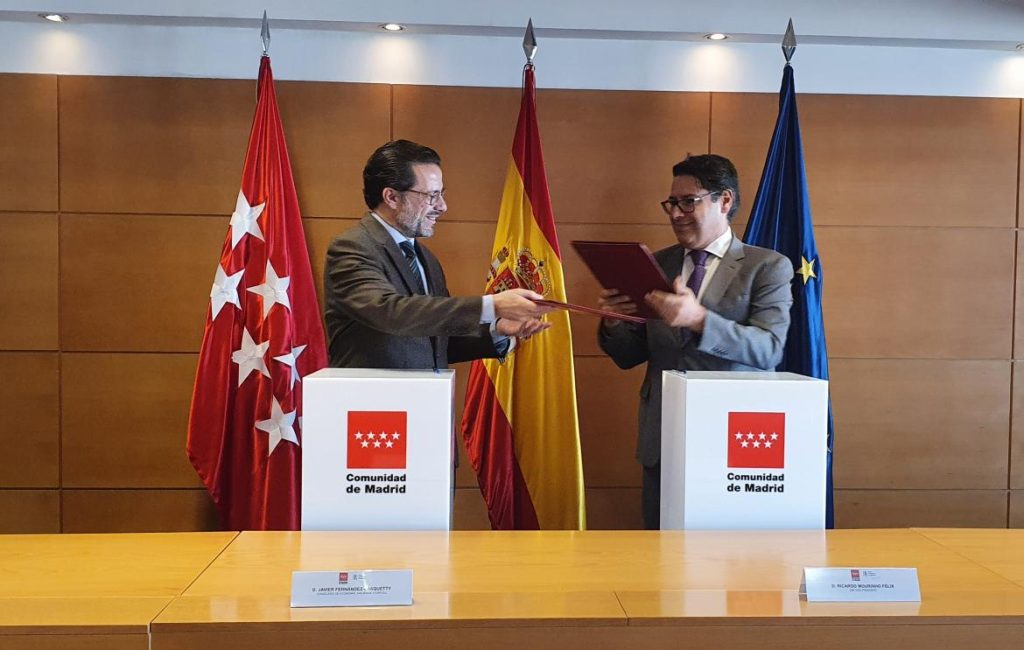 The European Investment Bank (EIB) and the Community of Madrid (CAM) signed an agreement for a EUR 372 million financing for Madrid metro Line 11 extension. The two sides agreed on a total loan of EUR 554 million split into two operations, covering the metro project and EUR 182 million for the research and development activities.

The agreements were signed in Madrid on November 7, 2022, by the EIB Vice-President Ricardo Mourinho Félix and Minister of Economy, Finance and Employment of the Community of Madrid Javier Fernández-Lasquetty. The meeting was attended by representatives of Madrid’s Ministry of Transport and Infrastructure, led by the Deputy Minister of Transport Carlos Díaz-Pache, and the Director General of Infrastructure Miguel Núñez.

“The extension of Madrid’s suburban transport network will not only have social and environmental benefits, but will also contribute to the economic recovery by generating growth and employment,” EIB Vice-President Ricardo Mourinho Félix said.

The financing will support the construction of the first phase of Madrid metro Line 11 extension which will be constructed between Conde de Casal station to Plaza Elíptica on a 7 km long line. The project covers the construction of two underground stations – Comillas and Madrid Río – and three more stations will serve as interconnections on existing Line 3 through Palos de la Frontera stations, with L1, Cercanías and AVE at Atocha and L6 at Conde de Casal. The creation of a transport interchange at Conde de Casal is also planned. The extension will serve the A3 motorway corridor, mainly connecting the south with the east of the city.

In May 2022, the Madrid Governing Council approved the contracts for technical assistance and works management services for the works to extend Metro line 11, between Plaza Elíptica and Conde de Casal, for a total of EUR 15.2 million.

In July 2022, a consortium of ACS, Acciona and Rover won a EUR 500 million contract for civil works on the extension which are scheduled to be completed in 42 months.

In addition, Madrid has become the first Spanish region to formalise a loan in 2022 from EIB for the implementation of research and development projects through the Madrid Institutes for Advanced Studies (Institutos Madrileños de Estudios Avanzados, IMDEA). The agreement will support the implementation of R&D activities from 2023 to 2026. The IMDEA institutes focus their activities on seven strategic areas for society from a business, scientific and technological standpoint: water, food, energy, materials, nanoscience, networks and software.