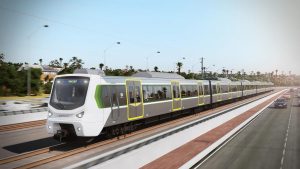 The Government of Western Australia announced that eight local companies were awarded funding under the Metronet railcar procurement round of the Local Capability Fund (LCF), which helps domestic industry to improve the capability and competitiveness to supply goods, services and works to the government, major projects and other important markets. The round will remain open until 31 January 2020, or until funds become exhausted.

The fund offers up to AUD 20,000 (USD 13,800) to eligible businesses for capability-building activities, such as planning, improvements to internal infrastructure, equipment, training and certifications.

This aims to help local supply chain business bid for works issued by Alstom to deliver 246 new C-series railcars and six diesel railcars to replace the existing Australind service between Perth and Bunbury.

Alstom Transport Australia will build the C-series railcars at a new USD 34.5 million assembly facility to be built in Bellevue, with the first of the new trains to be delivered in 2022 in time to service the Yanchep rail extension and Thornlie-Cockburn Link. 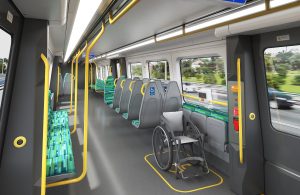 al will see a return of local train manufacturing to Western Australia with Alstom confirming it will reach a local content level of 50 per cent, a key target set by the government in the competitive tender process.

Several contracts have already been awarded to local companies, including a AUD 850,000 (USD 587,094) contract to supply four cranes, the biggest of which will lift 25 tonnes, awarded to Bassendean manufacturer Eilbeck. Meanwhile, a AUD 3.8 million (USD 2.6 million) contract to deliver lifting jacks, a bogie press and bogie turntables has been awarded to Cockburn company Vector Lifting.