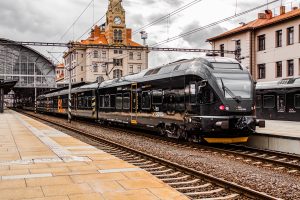 Spain’s Ministry of Finance authorised Renfe to acquire 50% of the Czech rail access operator Leo Express allowing Spanish company to enter the rail markets of the Czech Republic, Slovakia and Poland and have the resources and licenses to access the German market.

The transation is part of Renfe’s international expansion and represents a strategic business opportunity, which seeks to establish alliances and open new business outside the national market.

With the aim of supplying its rail services through train-bus intermodality, Leo Express has operated various bus connections in the Czech Republic, Slovakia, Austria, Poland and Ukraine. Currently, due to the COVID-19 pandemic, the company is limited to operating railway services in the Czech Republic, Slovakia and Poland. The acquisition of half of Leo Express shareholder allows Renfe to opt Public Service Obligations tenders in Germany and other markets.

Renfe would also be better positioned to access the high-speed rail services planned in the region. The Czech Republic, Slovakia and Poland are three countries that still have a lot of potential for the development of their transport infrastructure by analysing and implementation of high-speed rail projects.

As a consequence of the current process of the liberalisation of the railway sector, the Strategic Plan of Renfe sets the objective to achieve a greater degree to enter new rail markets.

In 2019, Leo Express carried 2.4 million passengers and its turnover exceeded EUR 40 million, 25% more than in 2018. In 2020, the pandemic had a major impact on operator’s revenue which dramatically dropped due to restrictive measures. In August, the European Commission has approved a EUR 31 million Czech aid scheme compensate rail passenger transport operators that faced difficult situation due to coronavirus outbreak.

Leo Express began operating in 2012 in the Czech Republic, and since then, it has been developing its business through the extension of its services to countries such as Slovakia and Poland. In Germany, since 2017, they have been operating for FlixTrain a long – distance open access operator between Berlin and Stuttgart. Since December 2019, the operator operates on regional routes in the Pardubice region.