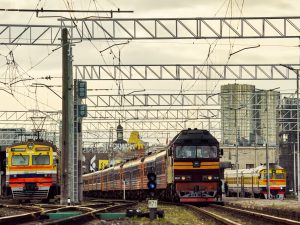 Latvian Railways (LDz) decides to stop the electrification project following the revision of its possibilities to implement the planned and ongoing projects co-financed by the EU’s structural funds. The company is facing to balance its 2020 finances without additional funding from the government budget.

The development of the Daugavpils reception park and an access road and the electrification of the railway network were the company’s initially planned projects. They should support an estimated annual volume of 45-55 million tonnes of cargoes, but starting the first half of 2019, LDz faces volume decrease.

“Now, the situation has substantially changed, and the changes to rail freight volumes and freight segments, brought about by the geopolitical situation, require corrections also to railway investment projects. The revision of the LDz investment projects is not an easy decision, but it is necessary to ensure that in the current situation the state does not undertake an additional burden that could impede Latvia’s economic recovery from the current recession,” said Latvijas Dzelzceļš Board Chairman, Māris Kleinbergs.

Currently, LDz is “actively working” on the revision of technological processes, cost reduction and efficiency increase, focusing on the development of a new business model.

To ensure sustainable operations, LDz will implement less-sizable projects considering the demand of the operators on the segments where a growth is recorded.

Following the decision, LDz believes will redistribute the available the Cohesion Fund financing to alternative and less financed projects that are aimed at achieving climate goals in transport and development of multimodal passenger transport system. LDz has started consultations with the Transport Ministry on possibilities to implement alternative projects.

Latvia planned the electrification of country’s east-west railway network, which was estimated at EUR 441 million. In 2019, Latvia received EUR 318.5 million from the Cohesion Fund to for project which includes the Riga–Krustpils, Krustpils-Daugavpils and Krustpils-Rēzekne lines.