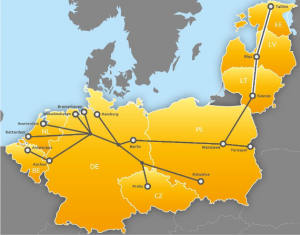 Latvia and Estonia have officially joined the Rail Freight Corridor North Sea-Baltic (RFC NS-B) on October 12, 2020, after five years since the establishment of the corridor.

The connection to Riga in Latvia and Tallinn in Estonia became part of the European rail freight corridor network, strengthening the existing freight transport routes across the continent.

Through this decision, the corridor routing has been extended from Kaunas (Lithuania) to Riga and Tallinn as a main route and from Kaunas to Vilnius (Lithuania), Daugavpils and Krustpils to Riga (Latvia) as a diversionary line. All these lines have a track gauge of 1520mm. The interface between standard and broad gauge, together with the strategic location of Latvia and Estonia will contribute to a better connectivity of the European Union with the East and Asia, as well as open multimodal transport opportunities from the Baltic Sea ports to the North Seaports.

The North Sea-Baltic RFC belongs to the corridors with the greatest potential for growth by providing high capacity transport services. From now on, capacity can also be requested on the added lines via the Corridor One-Stop-Shop, the single contact point for all Corridor requests. 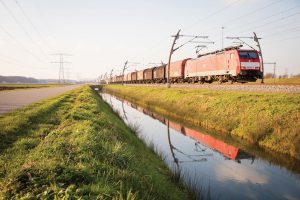 he governance structure of Rail Freight Corridor North Sea-Baltic has been enlarged by including the representatives of the Ministry of Transport from the two countries in the Executive Board and the Latvian rail company Latvijas dzelzceļš and Estonian state-owned rail operator Eesti Raudtee, as well as the Latvian Allocation Body LatRailNet in the Management Board of the Corridor.

The Corridor was established in November 2015 and is currently running through eight EU Member States.

The RFC NS-B includes more than 8,000 km of railway lines and connects the most important North Sea ports with Central Europe and the Baltic States providing a rail bridge between Eastern and Western Europe.

The corridor has 4,480 km of main lines, 2,524 diversionary lines, 1,008 km of connecting lines and 950 km of expected principal and diversionary lines. The infrastructure provides access to 201 terminals along the route, and links 12 seaports.