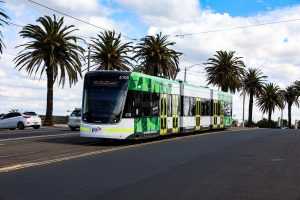 Alstom has delivered the 100th, and final Flexity light rail vehicle to the Department of Transport in Victoria which will enter operation on Melbourne tram network. The E-class tram was rolled out from Yarra’s Southbank depot on 1st October.

The trams were locally manufactured at Alstom’s Dandenong rolling stock facility including more than 50% local content, supporting around 75 employees and a thriving ecosystem of local suppliers in Victoria.

Alstom designed the vehicles to meet the specific characteristics of the Melbourne tram network, including increased accessibility.

In 2010 Department of Transport in Victoria awarded Bombardier Transportation, now part of Alstom Group, a contract worth AUD 303 million (USD 218.75 million, in 2021 prices) for the supply of 50 Flexity Swift low floor trams including the delivery of maintenance equipment and maintenance of the trams until 2017. The contract includes an option for 100 additional trams.

Between 2015 and 2019, the department ordered additional 20, 10, 10 and 10 vehicles proving the performance, quality and accessibility credentials of the platform.

“This is a significant milestone for our operations in Victoria and I would like to thank and congratulate our team and all the local suppliers who have worked tirelessly to make this happen,” Alstom’s Managing Director, Australia and New Zealand, Mark Coxon said.

The tram is based on the low-floor Flexity light rail vehicle platform, which is the largest fleet of modern low-floor trams operating on the Melbourne tram network. The fleet is approximately one fifth of the network’s overall fleet.

Melbourne has the world’s largest operational tram network, spanning over 250 km of double track served by 1,700 tram stops, including 420+ that are accessible and 9 depots across Melbourne. Yarra Trams is currently constructing a new maintenance facility designed for this new tram fleet. The network is operated by a total tram fleet of more than 475 vehicles which ensure over 200 million trips annually.