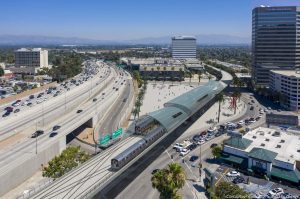 The environmental review process will begin this autumn and the alternatives for the project, including concepts from PDA partner teams, will be refined as part of this process and will include extensive public feedback and technical analysis.

“With our partner teams now able to begin refining their concepts, Metro can begin preparing for the environmental phase – the first step in delivering a project that will address our notorious traffic problems in the Sepulveda Pass, 405 and neighboring communities,” Metro Board Chair Hilda Solis said.

If the Metro Board selects a PDA concept as the Locally Preferred Alternative (LPA) the selected private sector team may have an opportunity to submit a proposal to build and potentially help finance the project. LA Metro retains the right to pursue a different project and delivery path if required, giving the agency the most flexibility to build a project that meets Metro’s rigorous requirements. 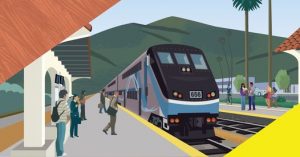 PDAs enable early contractor involvement in Metro’s transit project and increase the likelihood that the project can be built via a public-private partnership that The idea of using a PDA on the Sepulveda Transit Corridor Project was a critical component of several unsolicited proposals submitted to Metro’s Office of Extraordinary Innovation in 2016.

The project on the construction of Sepulveda rail transit corridor is funded in part by Measure M, the transport sales tax approved by 71 percent of Los Angeles County voters in 2016. The total project will receive USD 9.5 billion in funding from Measure M and other local, state and federal sources.

The new line is expected to enter commercial operation by 2033-35.