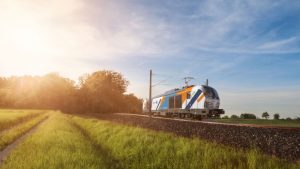 The financing will be provided jointly with Siemens Financial Services through Siemens Bank.

The first ten locomotives financed under this framework purchase agreement are already in use by various railway operators or will soon be delivered to them. As the market response to the locomotives remains very positive, an additional 8 Vectron Dual Mode locomotives have been ordered from Siemens Mobility.

They will be delivered in stages from 2023. More requests for disbursement to secure further deliveries in 2024 are already being coordinated.

“We are pleased to be able to support our long-standing customer Rive Private Investment with this transaction. At the same time, with these state-of-the-art locomotives we are making a positive contribution to the transition of rail traffic in Germany,” Andreas Ufer, member of the Management Board of KfW IPEX-Bank said.

In June 2021, Siemens Mobility and Paribus signed an agreement to deliver up to 30 Vectron Dual Mode locomotives. Siemens Mobility will also provide full service for the locomotives for a period of up to 20 years.The investment was arranged and structured by Paribus for Rive Private Investment. A call was placed for seven locomotives for which Northrail GmbH, also belonging to the Paribus Group, has already concluded rental contracts with German railway companies. The locomotives will be used for freight transport services in Germany.