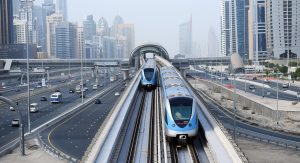 Keolis will be the lead partner (70 percent) in a joint venture, which will also deliver the talents of both Mitsubishi Heavy Industries Engineering (MHI, 25 percent) and Mitsubishi Corporation (MC, 5 percent). Both partners have already worked successfully with the RTA over several years. Under this contract, Keolis and its partners will manage the two rail systems from September 2021. Keolis will provide shared mobility services in Dubai along with the major railway system integrator MHI and rolling stock supplier MC, partners which were both heavily involved in the construction and development of Dubai’s metro network. With Keolis in the lead, the joint venture will take the form of a new subsidiary called Keolis – MHI.

The subsidiary will train around 2,000 staff members in the “Zero Harm” safety culture and “Thinking Like a Passenger” approach, which ensures that safety and passenger satisfaction are placed at the heart of its operations. Under the agreement, the JV will also develop local communities’ expertise and talent by employing Emiratis and working with local businesses. 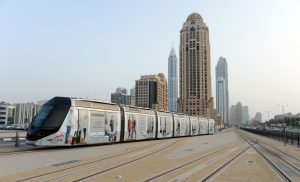 By winning the contract, Keolis – MHI will enhance the multi-modal journey experience with innovations in real-time passenger information and optimised timetables, will manage and improve the rolling stock and infrastructure asset life cycle, through predictive maintenance and data-led processes, digitalisation and visualization and will continue to support and exchange knowledge and best practice through a community of thousands of rail experts.

“We at Dubai’s Roads and Transport Authority are keen on ensuring the highest standards of operation, maintenance, security and safety for the metro and tram riders and achieving competitive performance indicators of operation and punctuality of journeys besides improving the quality of services provided to metro and tram riders,” Mattar Mohammed Al Tayer, the Director General of Dubai Roads and Transport Authority said.

The Dubai metro and tram network has a total length of 100.6 km and 64 stations, being operated by 140 vehicles. Keolis – MHI will be responsible for the operation and maintenance services of the Red, Green and Route 2020 metro lines, totalling 90 km including 15.8 km of tunnel served by 53 fully air-conditioned stations offering a host of facilities ranging from retail outlets to Wi-Fi. The driverless metro network, equipped with level 4 (CBTC) technology, is operated by 129 metro trainsets, of which 79 Kinki Sharyo metro trains delivered by Mitsubishi in 2009 and 50 Metropolis trains built by Alstom.

With a total length of 10.6 km, the city’s tram network consists of 11 stations and is operated by 11 Alstom Citadis trams, connecting to two metro stations at Dubai Marina and Jumeirah Lake Towers. The tram network is equipped with cutting-edge innovations such as platform screen doors.