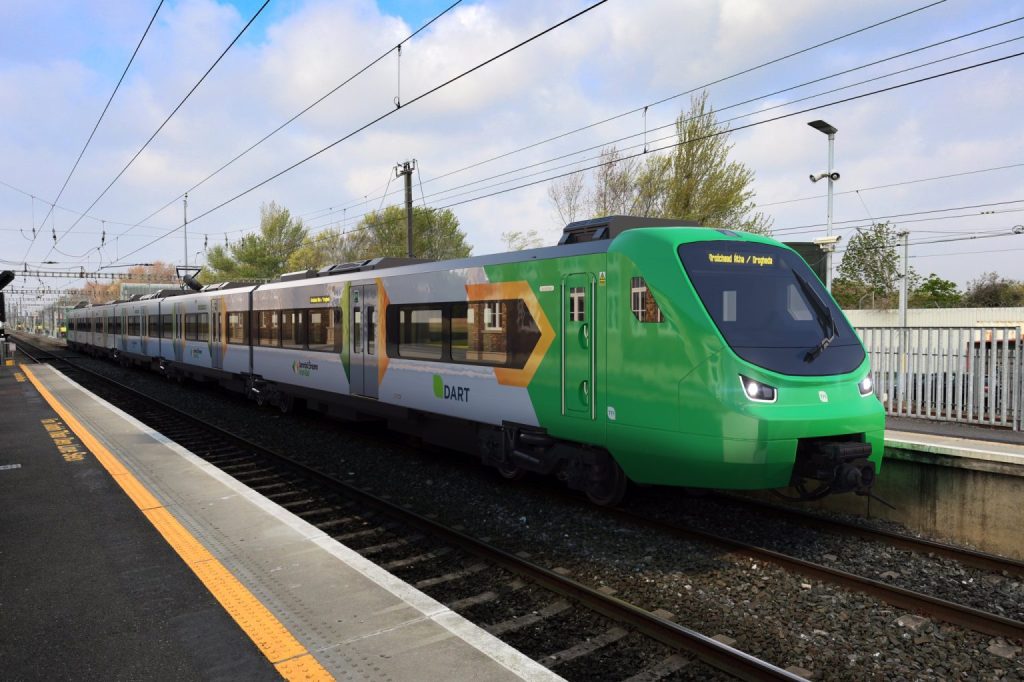 Irish Rail (IE) and Alstom signed a EUR 160 million contract for the supply of 18 more five-car X’trapolis battery-electric trains and an extension to the 15-year technical support and spares supply agreement under the 10-year framework agreement announced in December 2021.

The contract follows the announcement made by the Ministry of Transport on 29 November that the Cabinet approved IE’s rolling stock acquisition covering 90 BEMU railcars (18 BEMU trains) estimated at EUR 79 million.

“As this welcome acceleration of funding for our DART+ Fleet is confirmed, the benefits of the framework agreement with Alstom become ever more apparent.  We can respond swiftly, with this further major order of units under the agreement, to deliver transformative change for our services and for our customers,” Chief Executive of Irish Rail Jim Meade said.

The new trains will be added to the initial firm order of 19 five-car X’trapolis trains, thirteen of which were battery-electric and six EMUs, made in 2021.

In total, Irish Rail has now ordered 37 five-car X’trapolis trains which will deliver more capacity and decarbonisation benefits in advance of electrification of the extended DART+ network.

The 10-year framework agreement allows for up to 750 electric and battery-electric rail cars to be procured for the DART+ network which is planned to open in 2025.

In addition to the fleet, Alstom will provide a range of services solutions, including a technical support and spares supply agreement for the first 15 years of the fleet’s operation, deploying its HealthHub and TrainScanner technologies for predictive maintenance, and providing three train simulators to support driver training. The expansion of the DART fleet as part of the DART+ Programme is funded by the National Transport Authority under the National Development Plan 2021-2030.

Due to enter service in 2025, the 37 trains with 31 five-car battery-electric multiple units (BEMUs) and 6 five-car electric multiple units (EMUs) now ordered will be capable of journeys of more than 80 km outside the electrified DART network under pure battery power, thereby taking older diesel rolling stock off those non-electrified lines. These X’trapolis trains will comprise the first modern battery fleet in Ireland, contributing to the widening of Ireland’s carbon reduction efforts through public transport.

Other features include dedicated cycle and family areas, enhanced passenger features such as charging facilities for mobile phones, e-bikes and e-scooters; and advanced CCTV systems throughout the train, to enhance safety and security for customers and employees.

The new ordered X’trapolis battery-electric trains will operate the Maynooth/M3 Parkway and Kildare lines, delivering more capacity for commuters in advance of electrification. Energy stored in the battery system will be replenished via fast charging stations at chosen terminus locations and by recovering braking energy while the new battery-electric trainsets are on the move. This will enable, for example, the new battery-electric fleet to deliver Dublin to Drogheda return services, with fast charging at Drogheda Station.