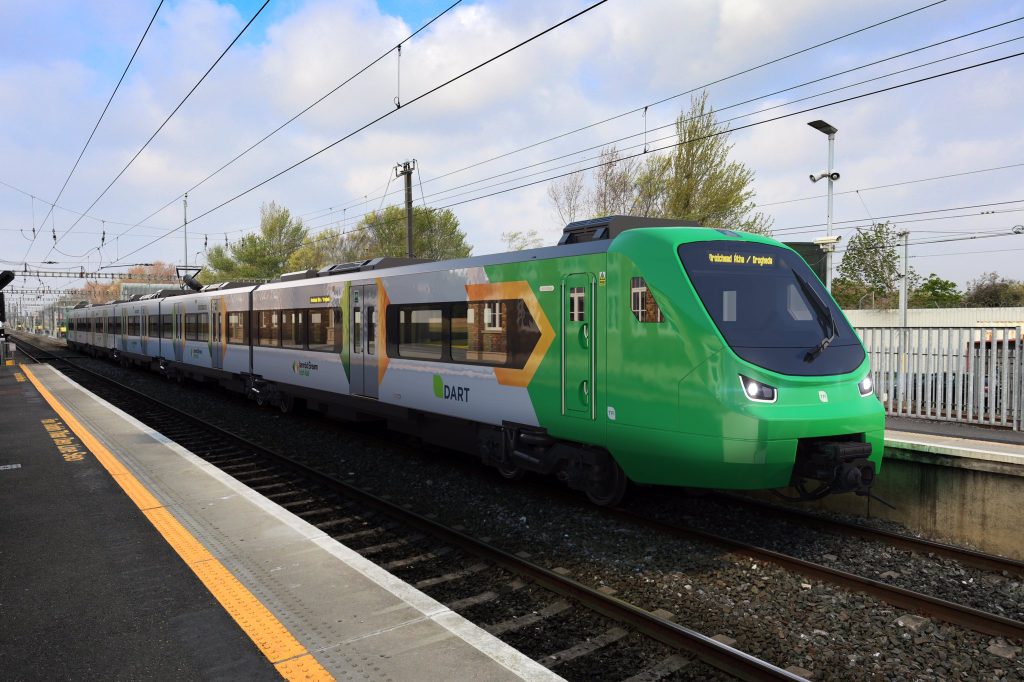 Iarnród Éireann (IÉ) obtained the approval from the Cabinet to order 90 new battery-electric coaches from Alstom before Christmas this year, the Ministry of Transport announced.
The order is part of an existing procurement framework and will be placed in the next week. The train order will consist of 18 modern 5-carriage battery-electric multiple units (BEMUs), funded by the Department of Transport through the National Transport Authority (NTA), at a total cost of EUR 79 million.
This is in addition to 95 new electric and battery-electric DART carriages approved by the government last December, entering into service in 2025.
It is expected that the delivery will start from 2026.

The new trains, together with the ordered 41 intercity carriages currently arriving into Ireland as well as the 95 carriages approved by Government in 2021, the new fleet will increase transport capacity and will provide increased comfort. “We are doing this because the scale of change we need to make is beyond compare – to provide better, more frequent and more accessible transport choices to many more people and to meet our emissions targets,” the minister said.

The new battery-electric coaches will significantly enhance Ireland’s rail transport capacity, particularly to the expanding DART system in the Greater Dublin Area and Eastern region. The carriages will facilitate the wider DART+ Programme which is expanding the existing DART service from Dublin City Centre to Drogheda to the north, Maynooth/M3 Parkway to the west, Celbridge/Hazelhatch to the south-west.
The DART+ Programme will dramatically increase the number of people that can avail of a frequent, high-capacity rail service, increasing the number of people living within 1km of a DART station from circa 250,000 at present to 600,000 in future.

The new carriages means there is also potential to use them at some stage in the future between Greystones and Wicklow and/or for Cork Area Commuter Rail, serving communities between Mallow, Cork, Cobh and Midleton, subject to available funding for necessary infrastructure.