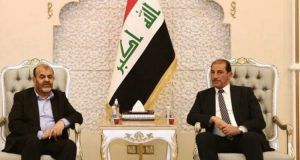 A Memorandum of Understanding has been signed for the construction of Iran – Iraq rail connection during a four-day visit of Iran’s Minister of Road and Urban Development Rostam Qasemi to Iraq.

The 32 km railway line will be constructed between Shalamcheh, in Khuzestan Province, Iran, and Basra, the most important city port of Iraq. The most important part of the project is the construction of Shatt al-Arab bridge, which will physically link the two countries.

“The Iraqi side should deliver the project to Iran within six months to start the construction of the 32-km railway,” the Iranian Minister said.

In January, the two sides will begin the elaboration of a study expected to be soon completed.

The project will be implemented by Iran and Iraq railway companies which will create a joint venture within the two months and the project is expected to be completed within two years.

The Iran – Iraq rail line is estimated at a maximum investment of USD 120 million and each country will cover 50% of the total costs. In Iran, the private sector is already committed to take part of the project. The Iranian companies will have more active role in reconstruction section on the Iraq territory.

The connection is the first railway project to be implemented by the two countries in the last 20 years. Since 2012, when a first agreement was signed, the two sides held a series of negotiations and took decisions to implement the Shalamcheh – Basra railway project, but it was put on a continuous delay. In 2018, Iran Railways unveiled the plans for the connection and the heads of the two countries announced that they intend to build the new line.

To implement the project, the 17 km–long Khorramshahr – Shalamcheh line was completed in 2011 and the existing Shalamcheh – Basra rail section is the only missing link to connect the two railway networks.

The Shalamcheh – Basra railway line is a strategic connection for Iran as it will provide access to the Mediterranean Sea through the rail network of Iraq and Syria and in the East, to Afghanistan, Pakistan, India.