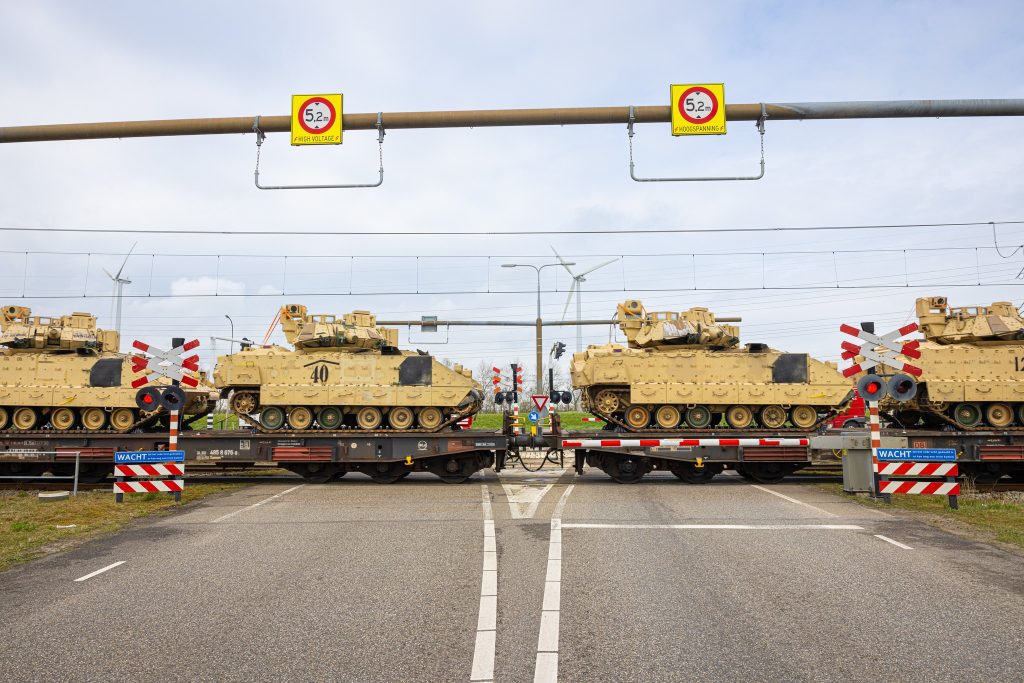 The European Commission decided to increase the financing for military mobility projects from EUR 330 million to over EUR 616 million to support 35 projects under the Connecting Europe Facility. More than EUR 346 million financing will be delivered for rail and rail-related projects to enhance military mobility and dual-use transport. The increase of the budget was the result of Russia’s war of aggression which highlights the need of a connected network with increased capacity across the EU. he projects will help European armed forces to respond better, more rapidly and at a sufficient scale to crises erupting at and outside the EU’s external borders.

The military mobility projects will support Member States and partner countries to develop a well-connected and secure military mobility network. Examples include the upgrade of six rail bridges and the construction of two low-speed track sections for longer and heavier trains in Germany on the North Sea – Baltic   Corridor, the purchase of a multi-use hybrid propulsion ice-breaker to increase capacity in the port of Riga, the upgrade of two stretches of road along the Via Baltica close to the Lithuanian-Polish border, the modernisation of rail infrastructure at the Romanian port of Constanta, and the construction of a new bridge over the Prut river connecting Romania and the Republic of Moldova.

“With this new batch of projects co-financed under the 2022 CEF Military Mobility call we are clearly accelerating our support to transport infrastructure improvements across the EU that will contribute to the security of our continent for decades to come,” said the Director of the European Climate, Infrastructure and Environment Executive Agency (CINEA), Dirk Beckers.

The 35 projects have been selected among those submitted under the second Military Mobility call for proposals issued by the CEF programme, the funding instrument for strategic investment in EU transport infrastructure. The Commission will pay grants, which co-finance the total estimated project costs and which will be paid earlier than initially planned.

“The results of our second call on military mobility under Connecting Europe Facility reflect the need of the European Union’s Member States to improve the dual use of our transport system. It was a highly competitive and oversubscribed call, with winning projects in 17 countries. I am pleased that some of the projects in Germany, Romania and Poland directly address improving the infrastructure on the Solidarity Lanes, our corridors used for Ukraine’s imports and exports,” Commissioner for Transport Adina Vălean said.

The second Military Mobility call, which was opened on 12 May 2022 and closed on 29 September 2022 aims to co-fund projects that will support the adaptation of transport infrastructure to civil and military mobility needs within the EU by making it suitable for civilian and defence dual-use.

To enhance military mobility across EU, a budget of EUR 1.69 billion is available under CEF between 2021-2027. Under the first call for proposals in 2021, 22 projects worth EUR 339 million were selected for funding and are now being implemented across the EU.

The selected rail and rail-related projects.