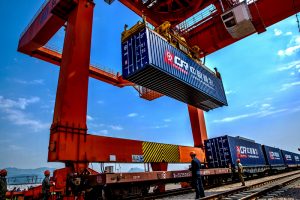 China State Railway Group announced that the freight transport increased in January over the previous month.

The operator has announced that on February 6, due to coronavirus, 35,610 metric tonnes of supplies for prevention and control were transported. The amount of the supplies stood at 123,086 pieces and included 30,951 tonnes of life items.