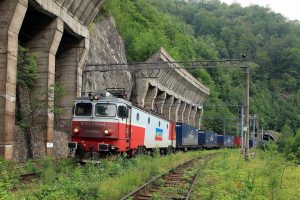 The Romanian state-owned rail freight operator, CFR Marfa, has received at least EUR 570 million incompatible state aid through a debt write-off and failure to collect debts from the company, according to an investigation made by the European Commission.

The company has been in economic difficulties since 2009 and currently it has a high level of debt, mainly towards the Romanian rail infrastructure manager CFR SA and had high debts towards the national social security and tax administration agencies for several years.

In December 2017, the EC has opened an in-depth investigation to establish whether several Romanian measures in favour of CFR Marfa were in line with EU state aid rules.

The EC found that actions by the state enforcing CFR Marfa’s social security debts and outstanding taxes towards the state budget as of June 2013 were according to the market.

According to the EC investigation, in the present case, the state acted in its capacity as a public authority rather than a shareholder of the company. Furthermore, even if the state had acted in its capacity as shareholder, and therefore the private market economy operator test was applicable, no private operator would have written-off its debt or abstained from actively enforcing the repayment of debts for years without a sufficient monetary compensation. As a result, the Commission concluded that the public support from Romania gave CFR Marfa an unfair economic advantage over its competitors. Therefore, these measures constitute state aid within the meaning of EU rules.