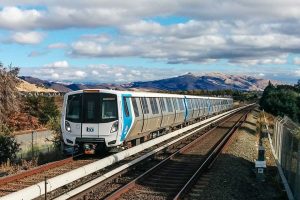 This will dramatically improve future BART service. “This will be a pivotal project in BART’s history. We will now be able to eliminate aged and obsolete equipment. Modernising our train control system will help us to support future ridership in the busiest sections of our system,” BART General Manager, Bob Powers, said.

The new train control system will be funded through a variety of local, state, and federal sources including USD 400 million from Measure RR. Major funding is also anticipated to come from the FTA’s Capital Investment Grant Programme.

Hitachi Rail has also been awarded a USD 82 million contract to design, build, and support the CBTC installation on the 25.5-km Silicon Valley LRT extension into Santa Clara County.