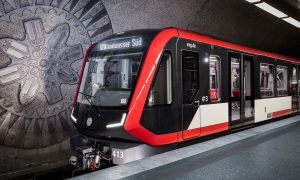 The government of Middle Franconia, Germany, has awarded the commissioning approval for the new G1 metro train for Nuremberg, manufactured by Siemens Mobility. In an extensive test procedure, the trains were thoroughly tested and are now ready for operation. Following the approval, VAG Nuremberg can put the new metro trains into passenger services in mid-August.

The G1 metro train offers wider passenger doors with innovative LED light signals. Combined with an unobstructed passageway throughout the four-car trains, these features improve the passenger flow. In addition, automatic sliding steps at all the doors ensure optimal barrier-free boarding and exiting.

The driver’s cabin is set up to enable the driver to operate the train either standing or sitting.  The train has automatic sliding steps at all the doors ensure optimal barrier-free boarding and exiting. 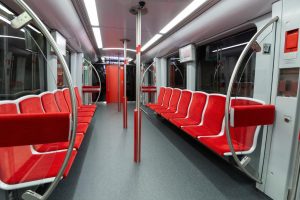 service and maintenance work in the depot, a four-car train can be rapidly separated into two half trains via an automatic coupler.

The new type G1 trains will enter services on the U1 metro line, the oldest and longest Nuremberg metro system, comprising three underground lines. The U1, with a length of 18.5 km served by 27 stations, is used by the highest number of passengers compared to the other existing lines of the city’s metro system. The line is particularly used by numerous commuters and students.

The U1 line runs from the Nuremberg neighborhood of Langwasser via the Exhibition Center and Nuremberg Main Station to the neighboring city of Fürth.

The original contract was signed in 2015 for the delivery of 21 G1-type metro trains to replace the 42 DT1-type two-car trains. The order included two options for a total of 13 additional trains, exercised in 2018 and 2019.

The trains are built at Siemens’ plant in Vienna and the core components are manufactured in the Nuremberg metropolitan area and include products such as the drive converters, traction motors, auxiliary converter units and control equipment.