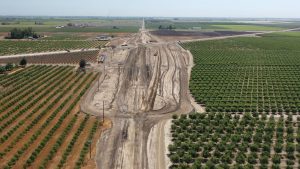 “Restoring nearly USD 929 million in grant funding back to California high-speed rail project will continue to spur job creation, advance the project and move the state one step closer to getting trains running in California as soon as possible,” the Governor of California Gavin Christopher Newsom said.

The final settlement agreement follows intensive negotiations between the involved parties and reflects the Federal government’s ongoing partnership in the development of the high-speed rail project.

“With this settlement, it’s clear we once again have a strong federal partner on this challenging but transformative project. We appreciate FRA’s expression of confidence that we are getting this project on the right track. Let’s continue the work of creating jobs and building the nation’s first truly high-speed rail project right here in California,” Brian Kelly, the CEO of the Authority said.

The California high-speed rail project is under construction along 191.5 km (119 miles) in the Central Valley with more than 35 active construction sites and an average of 1,100 workers a day on the various job sites. The restoration of this grant funding will support the authority in their effort to complete the initial operating segment of the nation’s first high-speed rail system.

California received USD 2.55 billion in American Recovery and Reinvestment Act (ARRA) funds and matched them with state Proposition 1A and Cap-and-Trade funds to begin building high-speed rail in the Central Valley and environmentally clear the full 804.7 km (500 miles) system with up to 24 stations.

The first phase of the rail network is estimated at USD 77.3 billion and is expected to enter passenger services in 2033.

The system will run from San Francisco to the Los Angeles basin in under three hours at speeds capable of over 200 miles per hour (320 km/h) and will eventually extend to Sacramento and San Diego.