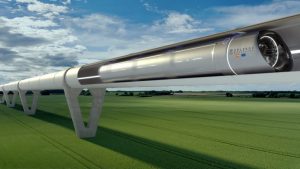 Zeleros Hyperloop has completed a EUR 7 million funding for the development of its hyperloop version, a new and important phase under the project implementation.

Altran, Grupo Red Eléctrica, as well as other strategic investors including Goldacre Ventures (UK), Road Ventures (Switzerland), Plug and Play (USA), and the Spanish Angels Capital and MBHA, are the supporters of the project.

“For Zeleros it is key to have partners of this relevance and expertise onboard. Their support will accelerate the development of our technologies, unlocking the path towards hyperloop-based routes and corridors in Europe and worldwide. These new funds will boost a major milestone of developing and demonstrating our technologies in a real environment of operation, bringing Zeleros closer to a multibillion market opportunity to be captured in the next decades,” David Pistoni, the CEO of Zeleros, said.

The funds will be used to boost the development of Zeleros hyperloop vehicle and its core technologies, which place them as an alternative to cover efficiently routes between 400 and 1,500 km, with special benefits such as the reduction of the overall infrastructure costs and the operation at safer pressures for passengers.

The company will deploy a European hyperloop development centre in Spain which will include a 3-km test-track to demonstrate the effectiveness of its technologies at high speed. The aim of this project is to accelerate the development of the hyperloop industry in Europe, by creating an ecosystem of international industrial, technological and institutional partners.

Zeleros Hyperloop wants to support transport decarbonisation on intercity and long-distance routes which are currently covered mainly by regional aviation. According to company’s analysis, the technology will reduce travel time   to less than an hour between Paris and Berlin.

The technology allows vehicle to levitate at speeds at speeds of up to 1,000 km/h with extreme precision and minimum resistance. Zeleros’ disruptive levitation system is based on a combination of modular electromagnetic units onboard.