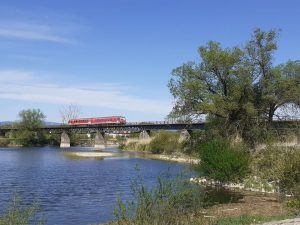 Bavarian minister for housing and transport Kerstin Schreyer, and DB Board Member for Infrastructure, Ronald Pofalla, agreed a EUR 436 million investment programme for Bavarian railway network by 2029 to achieve the climate targets.

“My goal is to provide an attractive offer of the public transport within Bavaria so that more people can use it. To achieve this target, we need a strong infrastructure especially the railway network. In collaboration with Deutsche Bahn, we will invest to modernise the train stations, tracks and signalling systems throughout the entire state,” Kerstin Schreyer said.

The federal government provides the funds for the local transport projects within the Performance and Financing Agreement III (LuFV III) agreed with Deutsche Bahn which envisages a EUR 86 billion investment for the maintenance and modernisation of country’s railway network.

A total of EUR 2.8 billion investment from the agreement is available for all federal states. Under the agreement with the German Federal Government the Bavarian railway network receives this funding which will ensure the implementation of five main projects.

“We are continuing local transport expansion in Bavaria. For all rail customers this means better connections between cities, metropolitan areas and the entire country. In this way, we make rail travel more attractive and we create the conditions for modal shift,” Ronald Pofalla said.