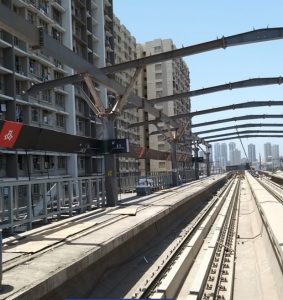 The New Development Bank (NDB) has approved a USD 241 million loan for Mumbai Metro Line 6 that will offer transport connection between the western and eastern suburbs of the city.

The loan will finance the procurement of the needed equipment and system components.

USD 750 million is the total value of the project of which USD 509 million will be covered from the Government of the State of Maharashtra.

The Mumbai Metro Line 6 will have a length of 14 km between Lokhandwala, a western residential and commercial hub and Kanjurmargm, a village in east central Mumbai.

The line will be served by 13 stations from Swami Samarth Nagar in Lokhandwala Complex, Andheri in the western part of the city to Vikhroli in the east. The new line will have interchanges with the lines 2, 3, 4 and 7. For the construction of line 2 and 7, ADB and the Government of India signed a USD 926 million loan.

The Project is estimated to be implemented over four years reducing the travel time on the east-west axis, the congestion on roads and carbon emissions as it will promote and encourage the transport shift from road to rail. It will also ensure enhance economic growth through better mobility and connectivity and will improve overall urban environment and better quality of life for the residents.

Mumbai, one of India’s largest metropolitan areas faces challenges as its current transport infrastructure can no longer cope with the growing passenger traffic. In Mumbai, the primary mode of transport is the suburban rail system, which carries over 8 million passengers every day and is often found extremely congested.

The suburban rail has severe safety problems with about 8 to 9 fatalities per day. In addition, the increasing number of private automobiles has put extra burden on the already overloaded road network and has led to environment issues such as pollution. Enhancing public transport infrastructure with increased capacity and quality has become crucial to address Mumbai’s transport infrastructure challenges.