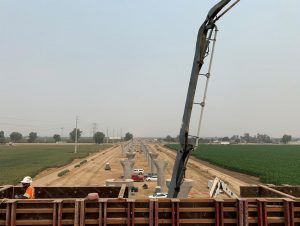 California high-speed rail is currently under construction along 119 miles (191.5 km) in California’s Central Valley at 35 active job sites. To date, nearly 7,500 construction jobs have been created since the start of construction.