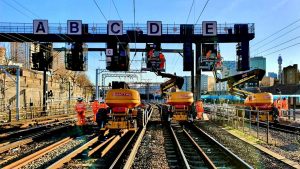 The company will be responsible to design, test and install new signalling equipment for the fifth and final stage of the Feltham – Wokingham programme. The works are expected to be completed and commissioned in April 2024.

The GBP 190 million (EUR 222.14 million) Feltham to Wokingham resignalling programme, outside London, covers 128.7 km of railway and 500 separate pieces of outdated signalling equipment which is being replaced as part of a commitment to transform the UK’s entire network through the deployment of digital signalling and train control technology.

Atkins has been involved at all stages of the Feltham to Wokingham programme including the successful 2019 commissioning of Phase 1 which used the first digitally enabled interlocking system of its kind. The phase of work, phase zero was completed in June 2019 with the commissioning of new signalling equipment between Strawberry Hill and Shepperton. The Shepperton branch line, controlled by the Feltham Area Signalling Centre, became the first in the UK to use the Atkins ELIX system (in 2019).

Along the route, the existing equipment including signals, traffic light system for the railway and track circuits, dates back to 1974 thus it is essential to replace it with new signalling equipment using digital technology which will increase train capacity and safety along the network and will reduce the delays and costs.