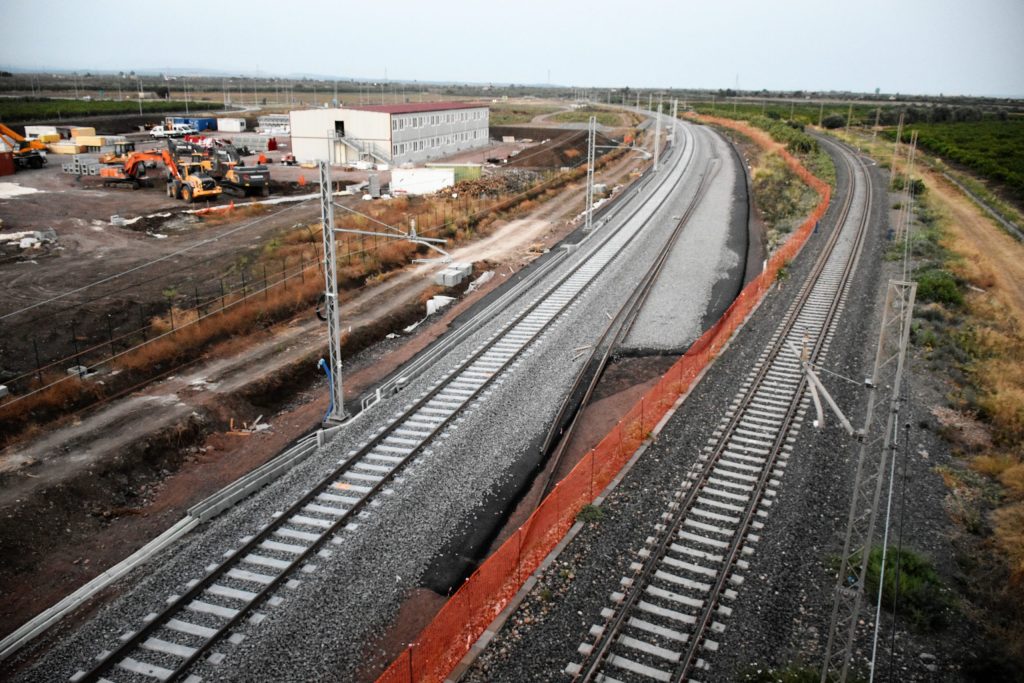 The European Commission has approved more than EUR 101 million from the European Regional Development Fund (ERDF) for the upgrade of the Palermo – Catania – Messina railway axis in Sicily, Italy.

The investment will build two tunnels totalling 127.5 metres and 17 viaducts to eliminate bends in the tracks that go through hilly and uneven areas. In some parts of the island a second track will be built to allow for simultaneous travel in the two directions. In addition, at the Bicocca railway station in Catania, the track layout will be changed, the station building will be upgraded and new underpasses and ramps will be built.

In 2021, Webuild has won a EUR 640 million contract to construct the second track on the Fiumefreddo-Taormina/Letojanni Functional rail section between Messina and Catania, on the Giampilieri – Fiumefreddo line. A consortium of Webuild (70%) and Pizzarotti (30%) was awarded a EUR 1 billion contract for construction works on the section Functional Lot of the Taormina – Giampilieri rail section.

The consortium will build an interconnection between Taormina/Letojanni, an underground station at Taormina and two viaducts at Fogliarino and Alcantara. In addition, an artificial tunnel at Fiumefreddo, along with three natural tunnels at Calatabiano, Letojanni and Taormina, will also be constructed.

The contract was awarded to the Messina Catania Lotto Sud Consortium, for a total investment by RFI of EUR 872 million.

On the Taormina – Giampilieri section, over 28 km of new double-track line will be built, of which more than 25 km in tunnels and the remaining in embankments, trenches and viaducts. The works will be carried out by the Messina Catania Lotto Nord Consortium, with a total investment of EUR 1.43 billion euros.

The two consortia are made up of the companies Webuild Italia – Pizzarotti – Partecipazioni Italia.
The contract is part of the Palermo – Catania – Messina railway modernisation along the Scandinavia – Mediterranean Corridor and after completion, the travel time between Messina and Catania will be 30 minutes faster, facilitating a service similar to a metro line between Catania and Taormina/Letojanni.

Webuild has also been responsible to double the track on the Bicocca – Catenanuova section and to construct the 62m-long Buttaceto viaduct on the Palermo – Catania railway line.

The trains will be able to run at a speed of up to 200 km/h, following the completion of the modernisation and construction works.

In September, Rete Ferroviaria Italiana (RFI) awarded a consortium of Rizzani de Eccher, Manelli Impresa and Sacaim a EUR 588 million contract for the modernisation of Dittaino – Catenanuova rail section on the Palermo – Catania line. The consortium will also build a new station in Catenanuova and a new rail route running on a 7 km viaduct and in a 2.3 km tunnel. When completed, the travel time from Palermo to Catania will take less than two hours. The contract is financed from Italy’s National Recovery and Resilience Plan (NRRP).

Following the completion of all activities, the travel time between Palermo and Catania will be reduced by one hour, from 3 hours to 2 hours.

“Citizens and businesses will benefit from much better train connections, which will be faster and more frequent. This is a crucial investment to boost the attractiveness of Sicily and encourage the use of a more sustainable mode of transport than roads,” Commissioner for Cohesion and Reforms, Elisa Ferreira, said.

The Palermo – Catania – Messina railway modernisation is the most important project of FS group’s Industrial Plan 2021-2031 in Sicily which will benefit a EUR 20 billion under the Infrastructure Pole. EUR 13.8 billion will be used for rail infrastructure projects with an overall economic investment of EUR 9.3 billion.