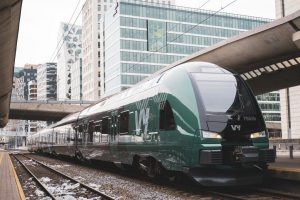 The Norwegian operator VY and Euromaint, the Swedish subsidiary of CAF, signed a contract to maintain the Bergen Railway fleet for the next 9 years.

Together with the Helsinki metro train contract, CAF signed EUR 100 million contracts in the Nordic countries.

This contract is a first for Euromaint in Norway where it will conduct its activities hand in hand with VY thanks to both companies’ extensive knowledge of local train operating conditions, in addition to cutting-edge efficient and quality train maintenance techniques.

The Bergen railway line (Bergensbanen) connects Oslo with Bergen. It is the highest railway in Northern Europe and is reputed for having been named one of the most spectacular railway routes in Europe.

In December, VY was awarded the contract to manage the operation of the Bergen railway network, with a view towards increasing long-distance, regional and local train traffic, improving regional transport connections whilst also upgrading on-board services.