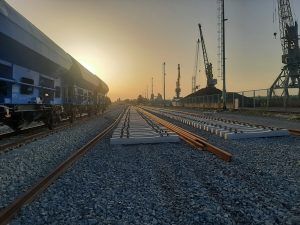 The project covers the modernisation of the existing 44 km rail section and the construction of its second track from Hrvatski Leskovac, about 10.7 km from Zagreb Central Station to Karlovac. In addition, Strabag will be responsible for the reconstruction of three stations and four existing stops and the conversion of three other stations into stops. At the stations, the useful tracks will be extended to accommodate 750m long trains. Three new underpasses and four new overpasses with associated roads instead of level crossings will be also constructed.

The signalling and interlocking devices will be renewed, the ETCS Level 1 will be installed, and an electric traction substation will be reconstructed.

The project is 85% co-financed by the EU through the 2014-2020 Cohesion Fund under the Operational Program Competitiveness and Cohesion while 15% will be covered by the state budget. The grant agreement totalling HRK 3.45 billion (EUR 465 million) and eligible costs in the amount of HRK 2.7 billion (EUR 366.3 million) was signed in December 2019. In 2020, the EIB approved a EUR 55 million loan for the project.

When completed, the trains will run at a speed of 160 km/h excepting in the area of Mavračići, Jastrebarsko and Karlovac, where it will be 140 km/h due to spatial constraints.

The Hrvatski Leskovac – Karlovac rail section is located on the 229 km M202 Zagreb – Rijeka corridor, which is one of the most important lines in Croatia and is also part of the TEN-T Mediterranean Corridor.