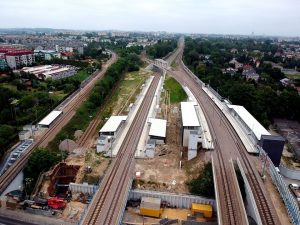 The TEN-T Core Network is unlikely to be operational by 2030 as  planned in 2013 due to the delays in the construction and putting into operation of the projects, a new report of European Court of Auditors says which underlines that the key cross-border transport megaprojects in the EU are progressing more slowly than expected.

ECA has audited eight cross-border transport megaprojects in 13 Member States, of which six projects and their access lines will not be able to operate at full capacity by 2030 as initially planned in 2013.

“Timely establishment of the core TEN-T corridors is critical to the achievement of EU policy goals, supporting growth and jobs and tackling climate change. Additional efforts should be made to speed up the finalisation of many of the EU’s flagship transport megaprojects. Because these projects are essential to achieve a better connectivity across Europe and to deliver the network effects on time,” Oskar Herics, the ECA Member responsible for the report, said.

The report says that the selected railway projects are unlikely that they will be ready by 2030 as planned in the TEN-T Regulation to create the TEN-T Core Network.

Rail Baltica, Lyon-Turin, Brenner Base Tunnel and Basque Y  and its connection with France are the four evaluated railway projects, and other rail-related projects include two multimodal connections such as Fehmarn Belt road/rail link and E59 rail link to ports in Poland. One waterway (Seine-Scheldt link) and one motorway (A1 in Romania) are the other two projects analysed by the ECA. These are key missing links for connecting national networks to create a seamless TEN-T Core Network.

ECA says that the construction has an average delay of 11 years, jeopardising the effective functioning of five out of nine multinational corridors. This situation is mainly due to poorly coordination between the countries, as they have their own investment priorities and planning procedures, and do not always support cross-border projects or investment in transnational corridors to the same degree.

In addition, according to the report, not all rail transport flagship infrastructure will be compliant with the minimum requirements of the TEN-T Regulation for rail freight by 2030.

For the Rail Baltica project, ECA analysis highlight that for the mixed HSR line, the economic sustainability may be at risk, even for the full connection up to Warsaw.

Regarding the Fehmarn Belt project, the Commission did not critically assess the very high cost of the German access line for the proposed high-speed rail line between Copenhagen and Hamburg, which may lead to cost per km of up to EUR 46 million. All this significantly reduces the cost-effectiveness of this upgraded access line. The part of this rail line that passes the Fehmarn Belt fixed link will be used by only 1 million passengers each year in each direction, which is far too few to be economically sustainable.

Due to changes in project design and scope, as well as due to inefficient implementation and high levels of bureaucracy, the eight assessed projects face a 47% cost increase, representing EUR 17.3 billion, compared to initial cost estimates.

According to ECA report, Rail Baltica and Lyon-Turin projects have a 2% cost increase each. In 2011, Rail Baltica was estimated at EUR 3.8 billion, which was increased to EUR 4.6 billion and the current cost estimation is reaching EUR 7 billion, representing a EUR 2.4 billion increase (or 2%).

Brenner Base Tunnel and Fehmarn Belt have an increased cost of 3%, representing an increase of EUR 2.5 billion and EUR 2.7 billion respectively. BBT had an initial cost estimation of EUR 4.5 billion, in 2002, which was refigured to EUR 6 billion and its current estimation cost is reaching EUR 8.5 billion. Fehmarn Belt project was estimated at EUR 4.4 billion in 2008 with its current cost being increased to EUR 7.7 billion.

The newly built high-speed rail connection between Spain and France running through the Basque Country (Basque Y project) was estimated at EUR 4.2 billion fourteen years ago, with another estimation cost of EUR 4.7 billion, while EUR 6.5 billion is the current estimation. The indicators of cost evolution of the construction show a 4% increase, or EUR 1.8 billion.

The 678-km-long E59 railway line with connection to Poland’s Szczecin and Świnoujście ports had an estimated cost of EUR 1.8 billion. The evaluation shows a 6-8% cost increase to EUR 2.2 billion.