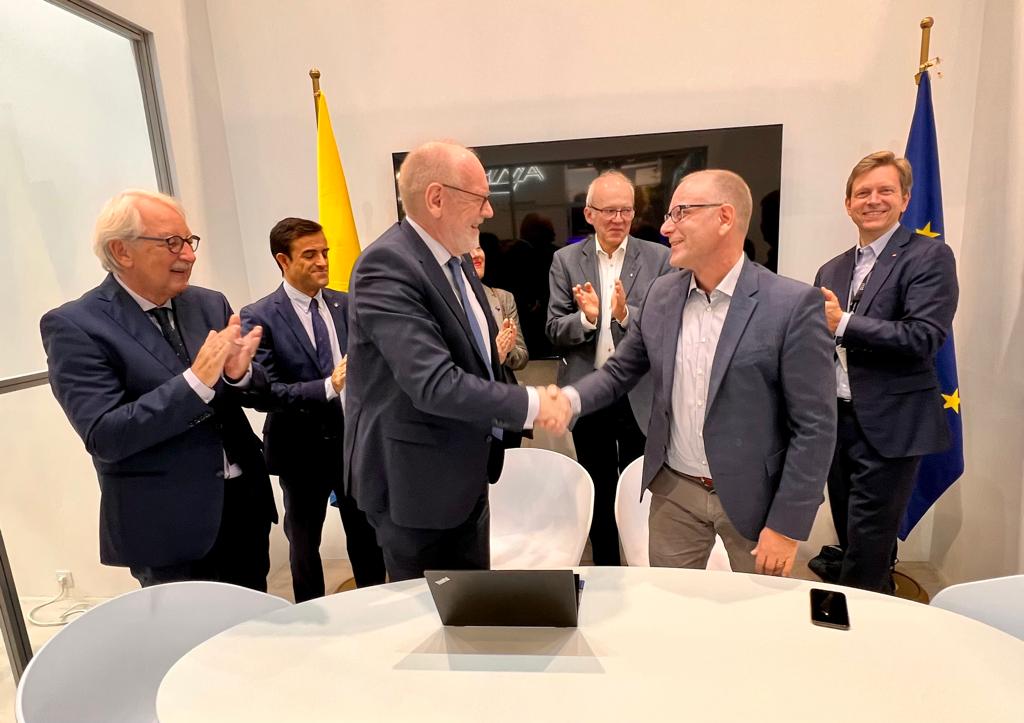 The Executive Director of the European Union Agency for Railways (ERA) Josef Doppelbauer, signed the decision for the trackside approval for corridor Rhine-Alpine, submitted by DB Netz. The event took place in Berlin during InnoTrans 2022, in the presence of the representatives from DB Netz and the ERTMS Coordinator of the European Commission, Matthias Ruete.

“The lesson learnt is that thanks to a well coordinated approach in one EU Members State, the re-use of the same design in all other projects is promoted. We are here to support the rail sector, to increase its interoperability,” Josef Doppelbauer said.

ERA’s decision concerns the deployment of the ETCS Level 2 on a section of the Rhine Alpine Corridor, part of the TEN-T Core Network corridors. With the Darmstadt – Eberstadt trackside approval, ERA awards already the second positive decision for Germany, while having awarded three in total so far. Currently, ERA has 81 ongoing applications for trackside approval.

“This trackside approval by ERA represents an important milestone for ERTMS rollout in Germany, and in Europe. Full compatibility with the EU legislation is key here, especially as it is located along the Rhine-Alpine corridor, which is one of the economic arteries in Europe,” Ruete said.

The trackside approval process introduced by the Fourth Railway Package (4RP), mandatory and active since 2019, represents an element of novelty for the rail sector, and a key technical aspect for creating a functional Single European Railway Area.