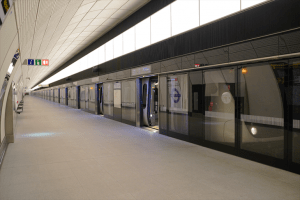 Trail operations on the Elisabeth Line started on November 20, marking the final step before passenger services can commence between Paddington and Abbey Wood in the first half of 2022.

The trials involve operational exercises to ensure the safety and reliability of the railway for public use and to fully test the timetables. More than 150 scenarios will be carried out over the coming months to ensure the readiness of the railway for passenger service. These include exercises to make sure that all systems and procedures work effectively and staff can respond to any incidents, including customers being unwell or signal failures.

“We are delighted to have reached the next key stage in delivery of the Elizabeth Line with the start of trial operations. It will take several months to complete this final phase. This is an immensely complex railway and we must be able to demonstrate the highest levels of reliability,” Mark Wild, Crossrail Chief Executive, said.

In the new year, a series of more complex exercises will include evacuations of trains and stations using thousands of staff. The final step will see a period of ‘shadow running’, operating timetabled services ahead of the Elizabeth Line opening.

It will take several months to complete this final complicated phase. The Elizabeth Line is an immensely complex railway and trial operations will continue until it is clear that it can operate at the highest levels of safety and reliability before the start of passenger services. Only then will a specific opening date for the railway be announced.

The trial operations will also see a number of organisations, including London Underground and Transport for London, MTR Elizabeth Line, Network Rail and the emergency services all working together to respond to the trial scenarios.

Further software adjustments to the train and signalling and tunnel ventilation system will take place in December and over the Christmas period.

“Reaching the start of trial operations is a significant milestone in the delivery of the Elizabeth Line, and it’s really exciting to be moving into this phase. The next few months are crucial to making sure the railway can open safely next year, and everyone is working incredibly hard to reach that goal,” The Mayor of London, Sadiq Khan said.

The Elizabeth line will serve London and the South East, running from Reading and Heathrow in the west, through 42 km of new tunnels under central London to Shenfield and Abbey Wood in the east. From end to end the line will stretch over 100 km. The line, which will be served by 41 stations of which 10 new stations will increase central London rail capacity by 10 per cent. An estimated 200 million annual passengers will use the Elizabeth Line.