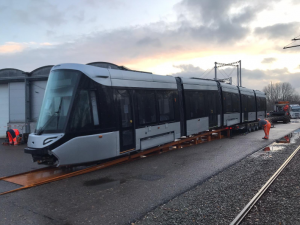 The EUR 366 million project consists of the acquisition of 30 new M7 metro vehicles and the 63 new 15G trams.

In November 2018, GVB and CAF signed a contract for the supply of 30 metro trains, with an option for additional 30 type M7 trainsets. It is expected that the new vehicles will be delivered in 2021. The order includes the optional extension of the ordered metros from 3-cars to 6-cars. The 60-meter long trains are prepared for driverless operation.

In July 2019, GVB has unveiled the mock-up of the new metro train. 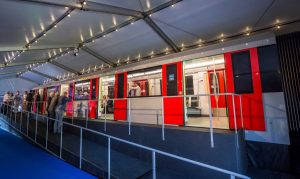 The new trains, based on Inneo platform, will replace the S2 and S3 series trains by 2024 and the M4 sets will be replaced until 2027, providing extra transport capacity on city’s metro network.

CAF is also the supplier of new trams in Amsterdam, under a contract signed at the end of 2016 for the supply 63 new trams, with options for up to 60 additional trams. The 63 five-section trams will be delivered by 2022.

The Urbos vehicles will run on the 213.3 km long Amsterdam metropolitan network, consisting of 16 lines with 490 stations.

Since May 2019, GVB has carried out specific infrastructure and vehicle tests.