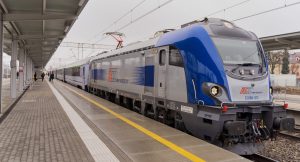 PLN 9300 million (EUR 2056 million) is the total value of the project which covers the procurement of new electric locomotives and passenger coaches, as well as modernisation of electric multiple units and coaches.

The trainsets will be used to provide long distance services throughout Poland and in neighbouring countries, mainly under a Public Service Contract.

Recently, the Polish rail operator has launched a tender to purchase 63 multi-system locomotives, including an option for 32 additional vehicles which will be equipped with the ETCS Level 2.

This year, PKP Intercity and CZ Loko signed a EUR 8.9 million contract for the acquisition of 10 new diesel shunting locomotives.

Also, for locomotive renewal project, the company signed with Newag contracts totalling EUR 123.6 million for 30 Griffin locomotives. Last year, the last of the 20 initially ordered locomotives was delivered. For this project, EU has provided funds under the Operational Programme Infrastructure and Environment.

The financing, which is under EIB’s appraisal will support the project’s implementation which will increase the quality of rail services provided in Poland as well as promote travel by rail, reducing the use of private vehicles and the associated negative impacts on the local environment, road safety and greenhouse gas (GHG) emissions and, thereby, contribute to sustainable transport in line with EU objectives.