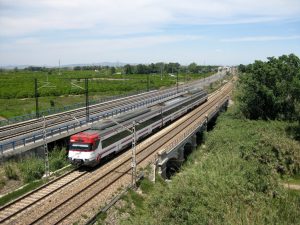 The European Investment Bank has approved a EUR 320 million funding for Renfe train procurement project which has a total value of EUR 642 million.

Under the rolling stock acquisition programme, Renfe will add 72 bimode (electric and diesel) and electric trainsets to its fleet, to replace ageing suburban trains which operate the Valencia and Murcia railway network, as well as the regional networks across Spain.

Renfe train procurement project consists of the acquisition of up to 17 electric and 55 bimode multiple units. The trains will run at speeds of 160 km/h on the electrified lines, and with 140 km/h on the non-electrified railway connections.

In July 2019, Renfe approved the procurement of 38 hybrid trains (bimode) with an estimated value of EUR 365.6 million. The firm order comprises 29 trainsets, with an option for 9 additional multiple units which will provide transport services on the suburban networks.

The maintenance of the new trains will be carried out in several new and existing depots, some of which will be extended and modernised. This also includes the new depot in Badajoz, which is currently constructed, and the Almería depot, which is planned to be constructed.

The new rolling stock will be equipped with modern technology in terms of energy efficiency. In addition, the bimode units will only use diesel traction on the non-electrified sections of the lines, while the existing old rolling stock to be replaced by these units uses diesel traction along the entire route, be it electrified or not. This feature will allow additional CO2 emissions savings as soon as electrification projects planned on the network have been completed.

During 2019, Renfe has received EIB funding for train procurement. A EUR 800 million grant agreement was signed for a EUR 2.52 billion project which envisages the acquisition of 211 electric trains for Madrid suburban services. Another loan of EIB loan of EUR 100 million supports a EUR 201 million project under which 31 trainsets are to be procured. They will enter services on the suburban networks in Asturias, Cantabria and Vizcaya.