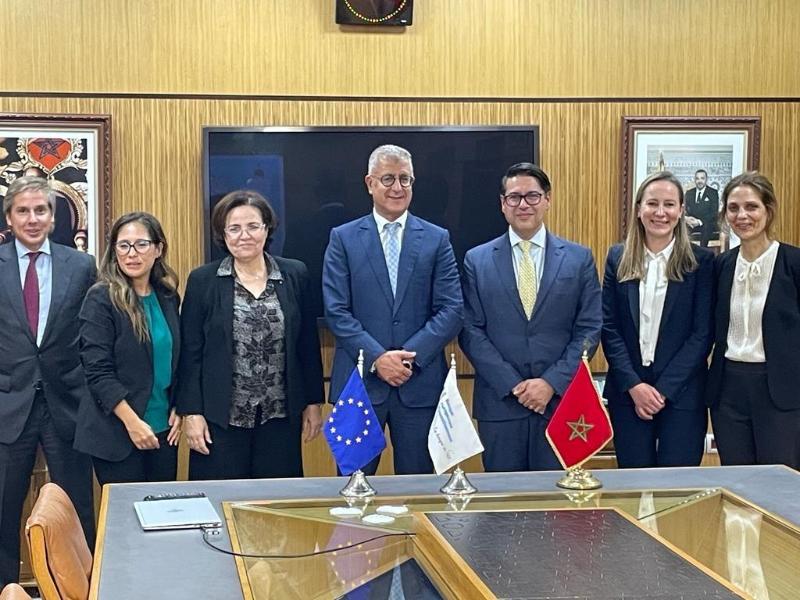 Moroccan national railway company Office National des Chemins de Fer (ONCF) and the European Investment Bank (EIB) have signed a EUR 200 million finance contract to improve rail service quality. The bank’s funding accounts 80% of an overall funding envelope of EUR 250 million made available to ONCF, with the remaining EUR 50 million being planned to be covered by a signature to take place in 2023.

This is the first project signed under the EU-Morocco Green Partnership which itself is the first partnership to be formalised under the external policy dimension of the European Green Deal. This financing is also a concrete implementation of the political policy of the European Union’s new Agenda for the Mediterranean and the Team Europe initiative.

This new financing will support ONCF’s investment plan aiming to renew existing conventional railway infrastructure and strengthen the modernisation of equipment with cutting-edge technology across the 2,300 km Moroccan rail network. It will contribute to the development of low-carbon sustainable mobility, while also promoting more equal access to and improved rail service quality in the different regions of the country.

“Following the certification of its first green bond operation in July, ONCF is pleased to take another step forward in its financing strategy with the implementation of this privileged partnership with the EIB. It is the first operation of its kind without a government guarantee,” ONCF CEO Mohamed Rabie Khlie said.

The loan will finance the projects of the Moroccan national rail network rehabilitation and upgrade programme for infrastructure, equipment and industrial workshops. It will contribute in particular to the renewal and repair of tracks, infrastructure and electric traction installations, as well as improvements to signalling, communications and safety systems on the rail network.

Climate change adaptation measures such as the implementation of flood protection programmes are also planned. The EIB will help ONCF to consolidate its climate adaptation roadmap throughout the project.

“Safe, accessible and modern transport is key to the economic and social development of Morocco. Reliable and efficient railway infrastructure will not only facilitate the movement of goods and services, but will also improve economic and social inclusion across the country by making access for vulnerable people and those with reduced mobility easier,” EIB Vice-President Ricardo Mourinho Félix said.