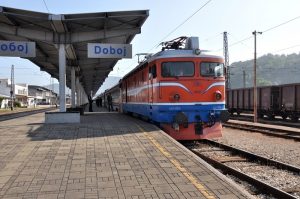 The European Bank for Reconstruction and Development (EBRD) is providing a EUR 40 million to Bosnia and Herzegovina for a rail infrastructure project implemented by the Republika Srpska Railways. The loan tenor is up to 15 years, including up to 3 years of grace period.

The rehabilitation works will be performed on the Samac – Doboj – Rjecica rail section in RS that is part of rail Corridor Vc.

The total estimated project cost is EUR 150.3 million including capital investments from both EBRD and EIB and technical cooperation related to the consultancy services.

The Samac –Doboj –Rjecica railway section is in poor condition, with a speed limit of 20-70 km/h. Republika Srpska Railways will modernise the infrastructure as well as the outdated switches, overhead contact lines, platforms and stops. The project will be implemented under a design-build contract.

The project involves the improvement of the railway infrastructure through track overhaul and signalling modernisation. After works will be completed, the travel time, the accident risk and operations and maintenance costs will be reduced. At the same time, the project completion will increase the travel speed and enhance the reliability and capacity of transport services.

Another railway modernisation project will be implemented as part of Bosnia and Herzegovina’s Corridor Vc on the Trans European Network–Transport (TEN-T). Recently, a joint venture was selected to perform design activities for the Doboj-Rasputnica Miljacka railway connection.