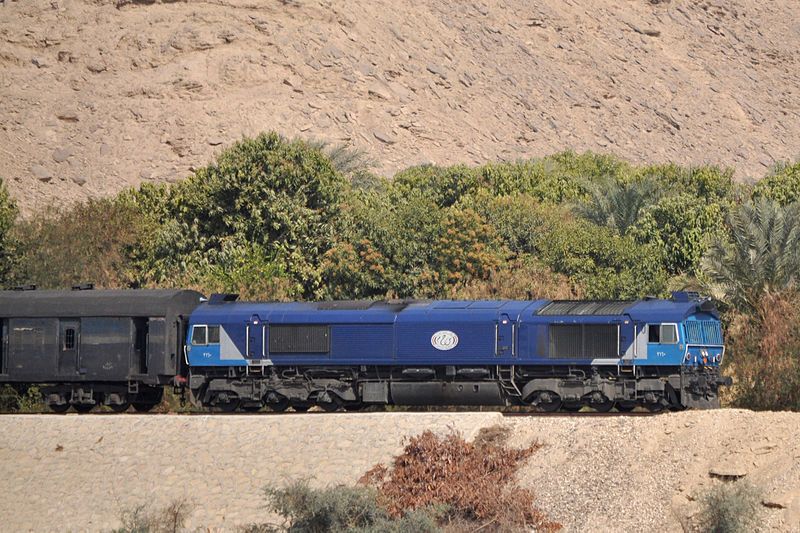 The European Bank for Reconstruction and Development (EBRD) is providing to Egypt a sovereign loan of up to EUR 40 million for 10th Ramadan Railway Link. The total project cost is estimated at EUR 220 million.

The loan, to be used by Egyptian National Railways, will partially finance the supply and installation of the railway tracks, and signalling and telecommunication systems of Robeiky – 10th of Ramadan – Belbeis railway line. It is expected that the remaining part of the project cost will be financed by another financial institution via a sovereign loan, while the Government of Egypt will self-fund the project’s civil works.

The project will connect the 10th Ramadan Dry Port PPP project to ENR main rail network, and in parallel allow freight traffic from and to a number of ports to bypass the Cairo railway node and save time.

It is expected to serve containerised cargo through ENR’s existing fleet. It will also serve commuting traffic between Robeiky (an important industrial zone), 10th Ramadan (one of the most industrialised urban communities) and Belbeis (located on the eastern edge of the southern Nile delta).

The Robeiky – 10th of Ramadan – Belbeis rail freight line will be linked to Cairo – Suez and Cairo – Zagazig railway lines via East Cairo industrial park providing transport connection for Suez port and Ismailia, on the west bank of the Suez Canal.

The project will contribute to a modal shift of cargo and passenger transport from road to rail and will enable the infrastructure connection for the DP 10, an integral part of government’s plan to develop intermodal transport systems and engage the private sector to accelerate the green transition.

ENR is committed to support the authorities intermodal transport development plan which aims at enhancing the connectivity between the economic centres in the country and the main Egypt sea ports. In this context, ENR is committed to extend the 10th Ramadan Railway line which will link the DP 10 to the most important eastern and northern ports of Egypt.