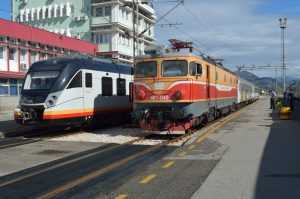 The European Bank for Reconstruction and Development (EBRD) is providing to the Passenger Trains Company of Montenegro (ŽPCG) an up to EUR 14 million sovereign loan for the purchase of two new electric passenger trains. The bank is financing the entire project and the loan is guaranteed by the state of Montenegro. In 2018, the Ministry of Transport and Maritime Affairs initiated a EUR 13 million project for the procurement of new EMUs.

The new trains will replace the existing 50-year old vehicles that are still in operation on country’s rail network.

The project will contribute to introducing a five-year public service contract between the government and the company in line with international best practice. It will also covenant the adoption of a new law on passenger safety and rights, developed as part of the Rail Action Plan agreed between the Transport Community supported by the EU and the Western Balkan countries. In addition, the project will include the development of a corporate governance action plan in order to assist the company to address issues to be identified and improve its corporate governance.

The procurement of the electric passenger trains will support the development of the Montenegrin railway sector through the modernisation of the passenger fleet. With the delivery of new, modern and safer passenger trains, the project will contribute to enhancement of the quality of rail passenger services, lifespan of the railway fleet and, ultimately, to the growth of rail passenger transport in the country. In addition, the two new trains will have a significant impact on the reduction of carbon emissions and will reduce company’s operational and maintenance cost and increase its fare revenues through increased capacity, frequency, and level of service. This will contribute to the enhancement of the rail operator’s financial sustainability.

The most modern trains operating in Montenegro are part of a contract signed in 2011 between ŽPCG and CAF for the design, production and supply of 3 three-car Civity regional trains with the capacity to transport 165 seated passengers.

The trains are providing transport services on the Northwest line that runs from Podgorica to Nikšic, which has been rehabilitated for higher speeds and electrified at 25 kV.

The Civity trains are low floor and designed to provide maximum user comfort. They boast the best accessibility conditions for persons with reduced mobility, as well as an inside area adapted to their requirements.

Its sophisticated aerodynamic design, lighter weight thanks to shared bogies and its recyclability with regards to materials used for production show Civity’s commitment to the environment.

In 2018, the company has unveiled its plans to modernise and renew its rolling stock a project estimated at EUR 10 million for which an agreement was signed with Eurofima. The programme included the overhaul of 461 electric locomotives, a diesel-electric locomotive, two class