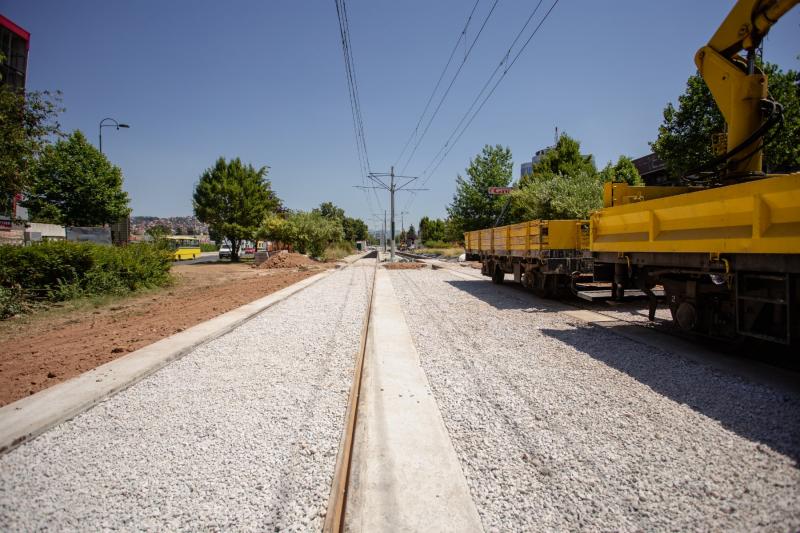 The European Bank for Reconstruction and Development (EBRD) approved a sovereign loan of up to EUR 25 million to Bosnia and Herzegovina to fund the Sarajevo tram extension.

EUR 34.77 million is the total value of the project.

In March 2022, the Ministry of Transport has launched the tender for the construction of Sarajevo tram extension a project that was proposed 40 years ago. This is the most significant infrastructure projects in the Canton of Sarajevo and “it will be of great importance both for the residents of Hrasnica and Ilidže also for the entire Canton,” the Minister of Transport Adnan Šteta said when announced the tender.

In 2021, the European Investment Bank and Bosnia and Herzegovina’s Ministry of Finance signed an agreement for a EUR 40 million loan to improve Sarajevo public transport system covering the modernisation and extension of tram network as well as for the procurement of new trolleybuses. In addition, in 2020, the EIB approved a EUR 75 million financing for city’s tram modernisation project worth EUR 185 million.

In 2020, the Ministry of Finance also signed with EBRD a EUR 35 million agreement to modernise and improve the public transport of Sarajevo which covers the rehabilitation of a 19.5 km tram line funded by the bank with EUR 20 million.

The Ministry of Finance and Treasury of Bosnia and Herzegovina and the EBRD signed a EUR 35 million agreement to improve public transport system in Sarajevo.

Currently, the city is implementing the tram track modernisation between Marijin dvor and Ilidža which is expected to be completed in 2023. According to a master plan, a project is proposed to develop integrated transport terminals with urban economic development through the redevelopment at two tram terminals at the railway station and Ilidža. A study is also taken into account for a new tram depot including the relocation of the depot and commercial exploitation on
its removal site.

The improvement of Sarajevo tram system also covers the procurement of new vehicles. The contract was signed with Stadler in 2021 for the supply of 15 low-floor tramways expected to be delivered from September 2023 until 2024. The new light rail vehicles will have a capacity of 180 passengers with 79 seats, providing passengers increased comfort and access. They will also be equipped with video surveillance system, passenger information system and USB ports.

Three years ago, a EUR 69.2 million scheme was approved by the authorities to modernise Sarajevo’s public transport with a EUR 41 million funding for the tram procurement and EUR 23.5 million for the first extension section of Ilidža – Hrasnica tram line. The first phase covers the construction of a 6.6 km tram section and 11 stops which will increase the access to public transport system.